Source: Interview
A gallery of pictures that predicted the legends-to-be: everybody in the following portfolio was once a rookie. Often Interview has been the magazine to give them their first media break. What follows is a look back to that first moment of eureka! 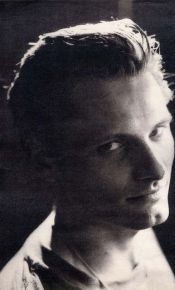 Thirteen years ago, Viggo Mortensen was a sometime painter, photographer, musician, and stage actor with a handful of minor parts in films like Witness (1985), The Purple Rose of Cairo (1985), and Young Guns II (1990), though he was probably best known in music circles as the husband of Los Angeles punk icon Exene Cervenka. But that was about to change when Albert Sanchez took this photo, as Mortensen prepped for his first high-profile turn, in Sean Penn's directorial debut, The Indian Runner (1991). Mortensen brought his own brand of gravitas to Penn's edgy drama about two warring brothers, and the film put Mortensen on the map - leading to a decade of dark, enigmatic character roles in movies like Carlito's Way (1993), Portrait of a Lady (1996), and A Walk on the Moon (1999), before Aragorn and Peter Jackson's Lord of the Rings trilogy beckoned. And while the stakes may have risen in Mortensen's career, he has not stopped doing the other work that's made his onscreen performances so consistently fresh and surprising: putting on exhibitions of his photography and art, releasing an album, overseeing a publishing house, and never failing to cut his own path.
Top of this page
Last edited: 22 October 2006 11:39:10