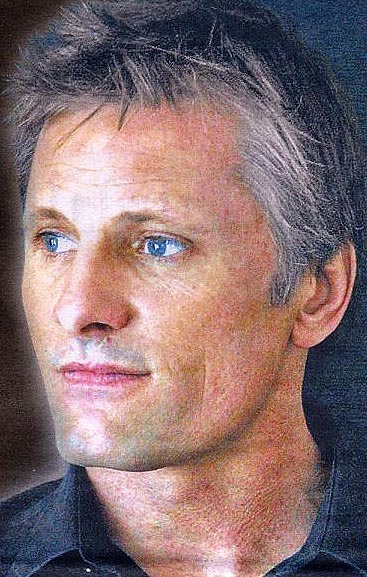 © Sydney Daily Telegraph.
Viggo Mortensen is quite the renaissance man.

Not only is the Lord Of The Rings star a painter, poet, musician and publisher, he's a rare thing - a politically objective actor. "I try to stay open-minded," he smiles. Mortensen stars in A History Of Violence , a smart drama about a small-town hero that also works as a political allegory.

Mortensen's Tom Stall is a quiet cafe owner who rather too expertly disposes of two malcontents trying to rob his establishment.

The townsfolk love him for it, not questioning that he's killed two people but celebrating him as a hero, a simple man who gets the job done. It could double as a story about the human propensity for falling for leaders who take action and broker no questions.

But Mortensen's take on it isn't loaded. "The film's not about ideology, it's a question of individual free will," he says.

"When people give that up, that's more the issue than liberal or conservative politics or so-called left wing ideology."

Mortensen likes to talk about the film's themes on a micro level but he says, "You see it on a bigger scale with a country like the United States or elsewhere, where people say, 'Well, you're a man of action; you're saying things that are forceful; you're going to do stuff; you're going to take care of us; we want you. Even if we stop to think about it we might have misgivings about how things are run, but at least you're doing something'.

"We don't stop to think what is being done in our name. That happens in relationships too, where, without even realising it, you're giving up control of your own life because it's easy; because someone else seems to know what's going on."

The director of The Fly, Scanners, Dead Ringers, Crash, eXistenZ and Naked Lunch can't be considered a weak leader.

"The film leaves you with a lot to think about at the end, which is not uncommon for a David Cronenberg movie," says Mortensen. "One of the reasons for that is he not only knows how to tell a story well, with a great sense of rhythm and pace, but I think he doesn't impose any view. He doesn't manipulate the audience.

'He's a very grown-up film director in that sense. No matter how strange the story's going to be and how twisted the sense of humour is underneath it sometimes, he's respectful of the audience and he allows you to ask a lot of questions."

The always understated Mortensen is clearly chuffed with the outcome. He needed a solid outing after the big-budget flop Hidalgo that followed his career-making turn as Aragorn in the Lord Of The Rings trilogy.

Of course, the 47-year-old Mortensen had a career of note before Lord Of The Rings but, he admits, "Let's face it, I wouldn't be here talking to you if it weren't for the success of Lord Of The Rings. I just wouldn't have been trusted with this part.

"In a sense of just having the job and having this great story to talk about, I owe everything to Lord Of The Rings."

Not that he's worried about the obsession, particularly female, with the swash-buckling hero from Peter Jackson's trilogy.

"It's certainly nothing I can do about it, but it's not something I'm in a hurry to forget about," he adds. "I had a great time, I learned a lot and got to know all those fine actors.

"I'm going to get old and lose my mind sooner or later, so why be in a hurry to forget?"

Besides, as many people stop Mortensen now to compliment him about A History Of Violence as they do Lord Of The Rings. "That's gratifying," he says.
Top of this page
Last edited: 7 June 2006 03:08:07