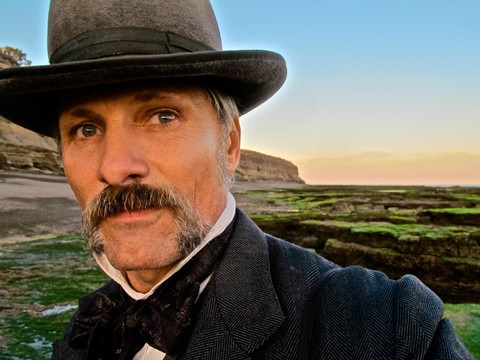 Viggo Mortensen is immersed in a "strange story."
By - translated by Ollie, Rio and Zoe
El Universal
1 March 2013

"The Danes were involved in two wars in the 1800s: in 1848 and 1864. For my role, I found a uniform from this 1848 war, as well as a saber from this war, and a double-medal for a man who served in both wars. This medal was very important. Most of the people back then were farmers, but they would be out with the pigs, with their medals, that is how important these medals were."

"It was a tall order in some ways, making sure the translation in Danish of the Argentine dialogue, Spanish dialogue, retained the poetry of Fabian's writing and the ideas behind it, you know, the sort of existential side of things, and the humor."

"But it ended up being not such a hard thing and in a way it's funnier than what they wrote, because there's a particular sort of irony in Danish humor and sort of physical humor also that the Danes are really going to get — more so than other people because it's very particular."