Viggo Mortensen: "I didn't see myself as Freud" 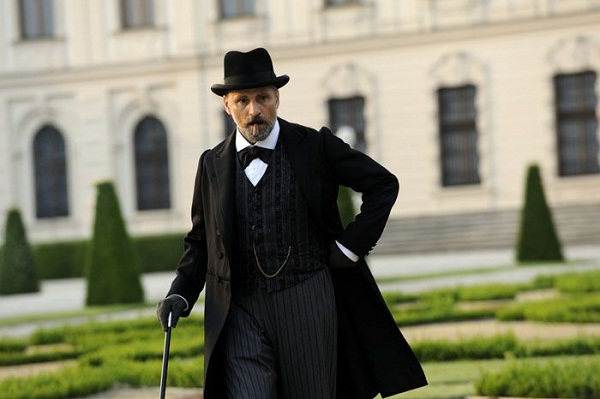 © Hanway/Lago.
Following hard-hitting turns in A History of Violence and Eastern Promises, Viggo Mortensen has re-teamed with director David Cronenberg.

This time, however, he sticks to verbal sparring as the father of modern psychology Sigmund Freud in A Dangerous Method, a story that examines his relationship with fellow psychoanalyst Carl Jung (Michael Fassbender) and a sexually provocative patient played by Keira Knightley.

This is your third time working with David Cronenberg, but this also seems an unusual bit of casting. Were you the first actor he considered for the role?

When he was first trying to set the film up he did come to me, but I was unavailable at the time. But I was a bit surprised - I didn't picture myself playing Sigmund Freud at any age. So, it gave me something to think about.

Then it came around again the following year when Christoph Waltz, who was then going to do the part, decided he wanted to do another movie instead - Water for Elephants, I guess it was... I said, I could do it but I hesitated a little. But being that it was David, I trusted him, and I've had great experiences working with him before and I know the importance he puts on casting. So, I thought, well, he must have very good reasons for it.

Did you ask him to explain those reasons?

No, not really. Just in a roundabout way, first in the exterior and asking him how I was going to look like him. Obviously that required some special make-up work; changing the colour of the eyes and the shape of my nose, certain things about my face, and the hairline, putting on a little weight and so forth... Once I got into the research, I was surprised to find that he was a social person and he had such a good sense of humour. That helped me. I was able to infuse the character with a certain irony - an ironic tone, whether he's listening or speaking.

Usually the obstacles that you have to overcome - having so much dialogue for example - once you've overcome them, they become your best friends, the things you like most about the job. Once I got comfortable with the amount of dialogue I had, it was a lot of fun to use words in a way that I hadn't previously. With David and other directors I'd worked with before, I used mostly nonverbal communication.

It must be daunting to have to get into Freud's head. He was a brilliant psychologist, of course, but he was also arrogant...

Oh, sure. I think he generally liked to get along with people... essentially, a modest person. But if he was contradicted he could certainly get his temper up and, yes, even be arrogant. All the characters are so bright and ambitious. The film is about people who want to leave their mark, but they're all insecure in some way, no matter how bright and gregarious they are, and seemingly self-confident.

They are basically as insecure as the patients that they have. With Freud and Jung you can see how much they value their friendship, but pride gets in the way. I don't think you need to know anything about psychology to see this film and understand those insecurities.

In your work as an actor do you do the Freudian thing and rake up your own past traumas?

Yeah, well, it depends. Sometimes a scene works and acting is the easiest thing in the world and you don't have to do much of anything - just enjoy yourself and listen to the other actor. When it doesn't work then every actor has different ways of dealing with the impasse. Sometimes you use memories from the past. Whatever. It depends from job to job.

The best thing an actor can be is flexible, because all directors are different and all actors are different. Some people like to joke around on set and that can be good, because it relaxes you. Other actors are very serious and don't want to talk to anybody. I tend to have fun. I take seriously what I do, but I like to have a good time, which is why I like to work with David Cronenberg.

Is it a fun set with Cronenberg?

Yeah, it is. And actually with Keira and Michael who I didn't know and Vincent Cassel who I'd worked with on Eastern Promises - I knew he liked to keep things light. So, it was a fun set, which was good, because if you start thinking, well, we're making an important historical document, it can become quite dull. There's nothing wrong with having a laugh, if you've done your preparation.

Your next film is On the Road. Surely Walter Salles would have had a hard time adapting that?

Well, it's done and I think he did a good job and hopefully we'll see that - I don't know if it'll be at the Cannes Film Festival - but sometime soon.