Found By: faces_fit
Categories: Viggo being Viggo
Thanks to our friends at faces_fit, here are two images from The Ivy in London taken on October 18th. 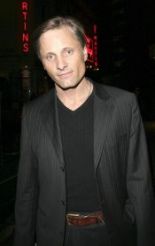 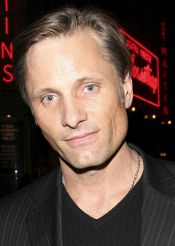 It Is Crunch Time!! 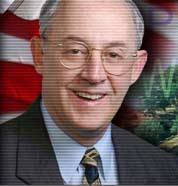 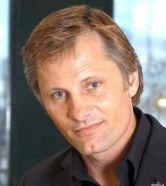 Dr. Bob Johnson's campaign has opened up a special way for Viggo fans from the United States to contribute to this election effort. Make no mistake, that Dr. Bob's opponent has enormous funding as an incumbent and it is now critical that Dr. Bob Johnson be able to match his opponent's last minute advertising barrage. Funds are in short supply and we all need to support this worthy candidate, each of us as we are able.

Linda Sandri from Dr. Bob's campaign has issued a Viggo Challenge to all his fans. She will match each and every $20 (or more) contribution that is made in Viggo's name with $5 from her own pocket!

There is a special link to contribute as part of the Viggo Challenge. Please be sure to fill out the form completely and carefully, following all of the campaign finance rules and regulations that are printed there.

We always say here that we will not be content to sit on the bench, that we will get in the game. Let's make a difference. You may not be a resident of the 23rd District of New York state but if Dr. Bob should go on to win this election, he will be a Representative to the United States Congress - the United States Congress. He will be there to shape a brighter future for all of us.

Meet Linda's Viggo Challenge! Follow this link and contribute now. You can still make a difference!

Quote:
LOS ANGELES, CA -- (MARKET WIRE) -- October 23, 2006 -- The 2006 Artivist Film Festival & Awards is proud to honor celebrity activist-actors Joaquin Phoenix, Daryl Hannah, and Matthew McConaughey for their contributions to environmental, humanitarian, and social causes. This year's Artivist Film Festival and Artivist Awards will take place November 9-12 at the historic Egyptian Theater in the heart of Hollywood. 63 Films from 34 countries around the world will be presented during the four-day event. The festival provides a unique opportunity for international filmmakers to unite and address the importance of art and activism in our global community.

"ARTIVIST" is the first international film festival dedicated to addressing Human Rights, Children's Advocacy, Environmental Preservation, and Animal Rights. Its mission is to strengthen the voice of international activist-artists, or "Artivists," while raising public awareness for social global causes.

Since its inception in 2004, the Artivist Film Festival has showcased more than 150 films from 34 countries, including the Los Angeles Premieres for OSCAR winner "Born Into Brothels," and the OSCAR-nominated "Super Size Me." The "Artivist Awards" honor the winning Films of the Annual Artivist Film Festival and the work of outstanding activist celebrities. Past honorees include: James Cromwell, Mira Sorvino, Ed Begley Jr., Tippi Hedren, Mike Farrell, and France Nuyen.

During the past three years, Artivist has reached millions of people with its public relations campaign and has received international recognition. In an exciting new development this year, and in recognition of the valuable socially conscious platform it provides, Artivist is now officially affiliated with the UNITED NATIONS.

ARTIVIST is a 501c3 nonprofit organization. All proceeds benefit the Annual Artivist Film Festival, creating a platform for socially conscious "artivists" to share their inspirational and informative films with the world.
The 2006 Artivist Film Festival and Artivist Awards offer extensive sponsorship and partnership opportunities. To learn more about these benefits contact President and co-founder Diaky Diaz at: 310-712-1222 or email: mailto:diakydiaz@artivists.org Visit us at: http://www.ARTIVISTS.org Please click HERE to view the 2006 ARTIVIST ELECTRONIC PRESS KIT. Or, visit the following link: http://www.artivists.org/files/ARTIVIST-06-EPK.pdf

Viggo on CBC: The Hour

Viggo has actively supported Bob Johnson's candidacy in the 23rd District of New York. Our thanks to Harligirl for getting this latest newsletter to us.
Quote:
Hello, friends


We're in the last month! We are seeing the culmination of a two and a half years struggle from a totally unknown member of the public deciding to step forward and do something, to a coalition of like minded people working to change the course of our nation. I have been recognized by both media and the public as a credible opponent in the race. I did not do this alone and I am absolutely indebted to, and dependent on, my incredible team of volunteers. From my senior team with their specialized fields of expertise, to the coordinators in the different counties, to the individual person who talks to a friend, hands out a piece of literature, calls a friend to vote, displays a sign or gets out the message in a myriad of ways. We are the people!


Mary and I had a great time traveling around our huge district visiting each county. We were struck again by the size and variety of the constituency - from the dairy land here in Jefferson County to the pastoral hills of Madison County to the peaks of the Adirondacks. Everywhere people were enthusiastic about our message and we especially enjoyed meeting with small groups of Democrats who are standing firm. Everywhere I go, I learn about the local concerns. In my political journey from the issue of healthcare, that got me into politics in the first place, I have had to learn about issues that I never even knew existed! And I'm still learning everyday. In my enthusiasm to meet people and introduce myself I am still amazed that I learn as much, if not more, about them as they do about me.


While the local concerns are so varied, there are common concerns that span the entire district. The number one concern is indeed our foreign policy and the war in Iraq. I will confess that I am somewhat surprised. Being such a blighted district economically - we are the poorest district in all of upstate New York - one would still think that it is the lack of jobs and opportunity. But people, almost instinctively understand that our foreign policy IS a local issue. Money and resources are being diverted from our communities to a war that we should not be in - and people are angry about it. They are even more angry and sickened by the smoke and mirrors that continually come out of Washington. They want a change.


Jobs and opportunity for our young people is still the greatest economic concern of everybody with healthcare coming into the mix because of its unaffordability. People are beginning to understand the smoke and mirrors about "tax cuts" when they have less and less in their pockets. As Lou Dobbs puts it - "there is a war on the middle class by Bush and his enablers of which our opponent is one of many."


So far, there are going to be two live debates with an audience, and a taped television debate on November 1st to be aired soon thereafter. Both public debates are on friendly ground to McHugh - Massena and Watertown. He was "too busy" to debate live at Oswego, Colgate or St Lawrence Universities. So we need every one to come and me on. Our opponent needs to know how seriously we take this race. He's depending on the machine to sweep him back in. He needs a little reality check.


• Plattsburgh. Debate, Mountain Lake Public TV, Plattsburgh. No audience, but debate will be rebroadcast on WCNY on Nov 3rd at 11 pm and Nov.5th at 1 pm.


• These are the last two weeks and our funds are low! Our TV and newpaper ads are hitting the mark. Our opponent is going to flood the airwaves the next two weeks. He may have a lot of ads but we have the best. Ours are memorable. We need to be able to keep up the pressure. Can I ask you to please go to the website http://www.johnsonforcongress.org/donate.asp and donate as much as you can. Everything now goes to get our message out!


Thank you very much for all your hard work.