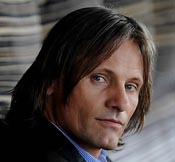 Mortensen, 50, and Smit-McPhee, 12, play the father and son in the film adaptation of Cormac McCarthy's 2006 post-apocalyptic novel.

Mortensen, who is in Australia to promote his new movie Good, was full of praise for his "self-confident, daring and kind" co-star.

"He's an incredibly talented actor, beyond his years, the Eastern Promises and Lord of the Rings star told AAP.

"To me he was doing things, mostly just out of instinct and sheer raw talent, that actors like Montgomery Clift or Marlon Brando pioneered, (such as) having access to emotions and naturalistic way of listening and really being present and really engaging with the other performer.

"I remember the scenes we were doing with Robert Duvall, who plays the old man we encounter on the road, and after just a few minutes he looked at me and said 'where did they get the kid? The kid's amazing'."

The Road tells of a journey taken by a father and his young son across a desolate landscape blasted years before by an unnamed disaster that destroyed civilisation and most life on earth.

Inundated with offers after his AFI Award-winning turn in Romulus My Father, Smit-McPhee dropped out of Wolverine to be part of it.

Mortensen said it was lucky for the filmmakers that he did.

"I know he was very good in Romulus, My Father but I think he takes it a step further in terms of acting in this movie," Mortensen said.

"And he had to really because ... one of the keys to making the movie interesting, to making that relationship work, is you have to have the best kid actor possible.

"The kid has to be really something unusual, and they were very lucky that he did it."

The Road is directed by Australian John Hillcoat (The Proposition) and also features Guy Pearce.

It was originally due to be released in late 2008, but has been pushed back until the last quarter of this year.

"I have hopes not just for the movie, but especially for him," Mortensen said.