Viggo and Jason are "Best Actors" 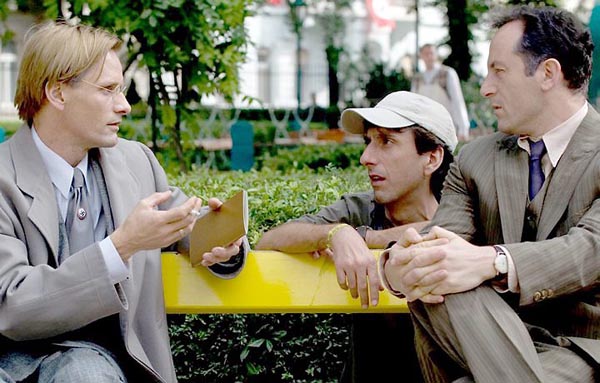 "Well, for one, they're probably two of the best actors of their generation," he said at the movie's premiere at the Toronto Film Festival.

"Viggo has a kind of gentle masculinity, which is perfect for the part, and Jason has a spark that's necessary for the portrayal of the character as someone lively and not as a victim. And that was fabulous and fundamental for the dynamic of the movie."

He admitted his job was made easier because the duo were so experienced.

"They surprised me all the time. It was great, and obviously it made my life a lot more exciting and the film a lot better," he says.

And Vicente said they had fun filming the serious drama.

"Considering the subject matter, which is not light, we had a ball doing the film. It was great," he added.

Jason said of Viggo: "He's a really beautiful, delicate artist of a man. He's nothing like any other actor I've worked with. I was doing Brotherhood, and he came to Rhode Island to hang out with me and my family so we could create a history between us.

"And when we were shooting in Hungary, he said, 'I don't want my trailer to be bigger than the other actors'. He's a very special guy and that shows in the work. When you're on set, you feel like you're equals collaborating. That's often not the case with big stars."
Top of this page
Last edited: 10 September 2008 03:53:46