Source: Perceval Press
In 2003 Perceval Press published a small booklet to accompany Viggo's photography exhibition in Cuba. This is a translation of the main text contained in the booklet. 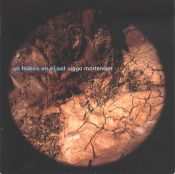 Viggo Mortensen was born in Manhattan in 1958, the eldest of three brothers. In Cuba, and maybe in the rest of the world, nobody knows for sure who Viggo Mortensen is, yet the most intimate and profound of his being has been exposed numerous times to curious onlookers, connoisseurs or not. Books have been published in which people have been offered Mortensen's heart and soul, his fantasies, his dreams, his experiences. Many, like me today, have written about him; about his poems, his paintings or his photographs, but nobody really knows him. The only chance we have of getting to know him is now, facing his work; one minute later, tomorrow, he will be a total stranger just like the rest of the world. We will only know what people say about him and nothing else. Today, we can see him in some of his photographs, probably in the most abstract ones.

Every time we observe an abstract photograph in which apparently "nothing is happening", we find ourselves in front of an image that potentially contains all actions, all messages. Our tireless interpretative zeal drives us, and we force these images to fit as part of a story, we force them to confess what they conceal, our fantasies. A few signs are enough for the experiences of the author of these images to inundate us. Thus, through this imprecise language, communication reaches perfection; words are not necessary, because the images are there, and there is no need to explain anything because everything has been said directly through beauty, which ensnares the brain that sees behind the eye, that does not understand, but is kept captive.

Each photograph is in itself a mark, not of the photographed event but of the gaze that set on that particular incident. This mark becomes sign and symbol, and it comes to anticipate a language that does not try to convince through the literal quality of its transparency, but that behind its simplicity conceals an unfathomable density like that of memory.

Hoka-hei, 2003.
© Viggo Mortensen.
Some have attained abstraction by reducing the verbal content that hides behind each recognizable image, until they arrive at forms devoid of linguistic contents and articulated stories, looking for the beauty of pure forms, the perfection characteristic of inexpression and the silence of meditation, which are characteristic of abstract images. Paradoxically, those who have tried to free images from the weight of verbal interpretation in search of inexpression, and those who have done it trying to attain direct and sensory expression have arrived at the same disconcerting formal results. 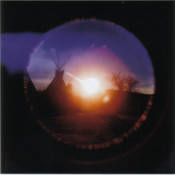 Hindsight 53, 2002.
© Viggo Mortensen.
Photography always accompanied by that strong taste of reality is shown to us in these works by Viggo, loaded with suspicions, with assumptions, with communicative intentions, with long and countless stories that we never really get to know, but that we can't help but sense.

We pause in front of a predominantly blue image; our eyes move over the surface of the wall textured by the passing of time, the horizontal plane turns slightly, and it bends until it becomes vertical. How much time has passed? How many times has the light bathed this same surface? How much life has gone by it, close to it, inside it? In our memory, experiences are probably stored like in an old library, shelf after shelf, fragments and fragments of images, sounds, sensations that manage to make sense, but that at the same time are like loose parts of a puzzle, from which we can piece together all nostalgias. 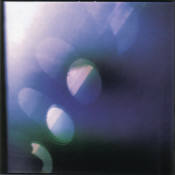 Santa Maria 2, 2003.
© Viggo Mortensen.
These are some of the traces that could make up our image of Viggo; we can peek and venture a last look into his world, his photographs, and at least grasp what we manage to see against the light when we go through this "hole in the sun". When we return, we will think that we now know him, and we will talk about him, tell his stories (ours) just like we tell the story of a friend's life.