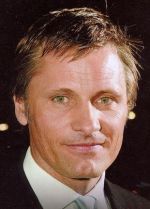 Much has been made about the line between fact and fiction being a little blurry in Hidalgo. What are your feelings on this point?

I would have been happy to go with 100% myth. This is a good story that harkens back to your classic Hollywood adventure story. There are a lot of values to it I really like, but the fact is that it's about a person who existed and a horse that existed, and some events that happened. I place a lot of importance on that.

So you found this out during your research?

Most importantly from American Indian tribes, Native Americans, unrelated to each other and unrelated to the movie business. They would occasionally say 'Oh yeah I know about Hopkins, my grandmother told me', in other words variations on the theme but always about the same guy and his horse. The validation of the story took it to another level for me.

You're well known for your cultural pursuits: were you inspired to write or paint while on location for this movie?

I wrote quite a bit and I took a fair amount of pictures. There wasn't much time to paint, because I was either sleeping or sitting on a horse. But I did a very un-Hopkins thing. I had a camera in my saddle bag and took a couple of pictures from the horse's point of view.

It must have been important for you to pick just the right movie after The Lord of the Rings trilogy.

I got the part of Frank Hopkins largely because of The Fellowship of the Ring, and we started shooting before The Two Towers came out. During rehearsals, while I was getting to know my horse, the horse trainer and the Lakota people, I was having to go to New Zealand to do re-shoots. And there were several times on Hidalgo where I'd have to go up on a sand dune to get cell phone reception to do interviews for Lord of the Rings. And when I was doing re-shoots for Hidalgo I also had to go to New Zealand to do re-shoots for Return of the King - so it was never one thing and then another. It wasn't really a conscious choice. It was something I was grateful to have come to me, a good thought-provoking story with a lot of potential.

One final thing, do you prefer fighting with a pistol or a sword?