Source: View London
Impeccably cast, superbly acted, brilliantly directed and looking fabulous, it is safe to say that it has been worth the wait, with director Jackson (himself a fan) unquestionably the right man for the job - this will delight the book's legions of fans and create hordes of new ones into the bargain. 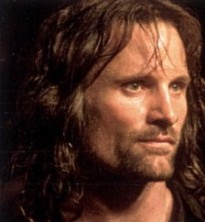 © New Line Productions Inc.
Director Peter Jackson may have seemed an odd choice for a film of this scale. Previously known first for his comedy horror movies (Bad Taste, Braindead), then later as The Director Responsible For Kate Winslet (Heavenly Creatures), he achieved a reputation for impressive effects-work and fluid, exciting direction in his under-rated The Frighteners.

Luckily for fans of Tolkein's novels, Jackson has gone on record as being a hardcore fan himself, and the finished result proves without question that he was the right man for the job.

Given the fantasy nature of the subject matter (wizards, trolls, magic etc), it is inevitable that there will be comparisons with Harry Potter.

In fact, it has to be said, if you still haven't seen Harry Potter and are planning to see both that and Lord of the Rings, then see Harry Potter first, because although it's a perfectly enjoyable film, The Lord of the Rings puts it to shame in terms of its vision, scope and its effects-work. Similarly, it creates a real sense of menace and evil that was missing from Harry Potter.

The story is a simple one of good and evil. In the short prologue we learn that the Dark Lord Sauron created "one ring to rule them all" in the fires of Mount Doom. That ring eventually passed into the hands of Bilbo Baggins (Ian Holm), and we pick up the story at Bilbo's one hundred and eleventh birthday celebrations in Hobbiton, where we also meet Frodo Baggins (Elijah Wood) and the grey wizard Gandalf (Ian McKellen).

It soon becomes clear that the ring represents a great danger to Middle Earth, and soon Frodo, Gandalf and three other hobbits embark on a quest to return the ring to the fires of Mount Doom. To do this, they must form 'The Fellowship of the Ring', a coalition of elves (Orlando Bloom as Legolas), dwarves (John Rhys Davies as Gimli), hobbits and humans (Viggo Mortensen as Aragorn and Sean Bean as Boromir).

The film is impeccably cast. Elijah Wood brings exactly the right mixture of wide-eyed innocence and courage to the role of Frodo and Ian McKellen, features almost concealed beneath his straggly beard, is exactly the way you would imagine Gandalf to be.

Of the other parts, Mortensen and Orlando Bloom are the standouts, both of whom bring a tangible sense of heroism to their roles: Bloom's skills with the bow and arrow are a particular highlight.

The effects work is astonishing - there is such a wealth of detail in the scenery that it will require repeat viewings to take it all in. The creatures are wonderful, too (the ring wraiths bear a distinct resemblance to the hooded reaper from The Frighteners), in particular the demonic Balrog in the Mines of Moria sequence.

Oddly enough, one of the film's most exciting sequences involves a large green troll that looks very similar to the troll in Harry Potter - so similar in fact, that you wonder if there was any collaboration between the films.

One of the most impressive effects involves the Hobbits themselves. Rather than use midgets or children, Jackson decided to use computer technology to digitally shrink them onscreen, and it works brilliantly - the scenes where they 'interact' with the larger members of the cast are entirely seamless and nothing short of gob-smacking.

Where The Lord of the Rings also scores highly is in the decision to film on location in New Zealand - the impressive mountain scenery is equally as impressive as any of the CGI imagery and you end up with a real sense of the world they inhabit.

In short, then, Lord of the Rings is an almost total immersion into Tolkein's world. Parents should be warned that the PG rating isn't quite sufficient, given the amount of violence in the film and younger children are likely to be frightened, but it's a richly-rewarding tale of heroes and heroism that will delight fans and newcomers alike.