Live at Beyond Baroque 2 Review 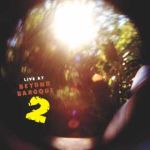 If you hang around with me long enough, you'll know that one of my little idiosyncrasies is a suspicion of poetry CDs.

We're awash in CDs of poetry nowadays, to the point where we're probably on the horizon of seeing the chapbook become a thing of the past. CDs are becoming more and more easy to burn and record in the home environment, and with the advent of some great technologies for digital field recording and electronic music, it's not going to be long at all before CDs (and downloadable recordings as well, of course) become the main distribution method for performance poetry.

Of course there are times when I do indeed think a CD works well. The first case is when it documents a specific event. Such is the new double CD from EM Press/Perceval Press, "Live At Beyond Baroque 2." Beyond Baroque is a renowned Venice, California bookstore and center for literary arts. In November of 2003, a stellar array of poets from a mixture of traditions came together to read at the venue; this CD set captures the essence of what was an obviously amazing night.

Performers include Viggo Mortensen (yes, THAT Viggo Mortenson) who reads his work, introduces the evening, and also did the artwork for the release. Patricia Smith, Saul Williams, and Regie Gibson provide multiple poems each. Saul does a section of his newest book, ...said the shotgun to the head, as well as taking us yet again out to Saturn and into the world of amethysts; Patricia Smith teaches us how to make hot water cornbread and provides us a bittersweet view of her son growing up; Regie Gibson closes the set with some earthshaking renditions of signature pieces about sneaking out nights to party in Chicago and a classic call and response piece. (Boom shaka laka laka boom boom boom, indeed.)

Theres also a poem from 2003 Individual Slam Champ Mike McGee, a cover of a Billy Collins piece by Mark Eleveld himself (the guiding hand behind EM Press) and (in a move typical of the press) some folks from outside the immediate slam universe Marvin Bell, Luis J. Rodriguez, and Georgeann Deen who prove that not only do non-slam poets' provide good listening, but that slam/performance poets at the top of their game can stand next to 'page poets' without shame.

I like this release a lot; it grew on me through multiple listening. A good example of how a live recording can bring the essence of a particular evening right to you.