Past Lives/Current Films: Palm Springs Has Banner Year and Sunshine, Too 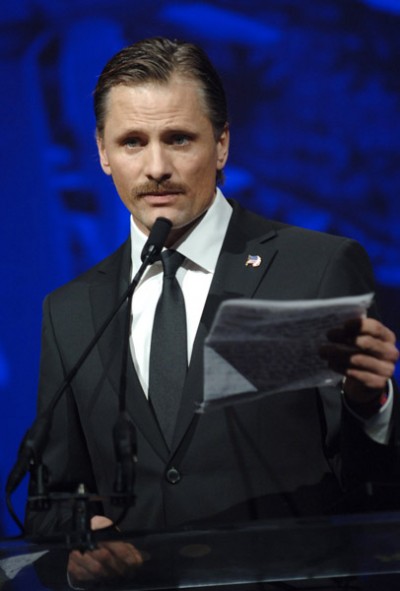 Palm Springs Film Festival 1.7.06
Image E. Neitzel.
© WireImage.
Mortensen, star of A History of Violence, was eloquent when he presented Cronenberg with The Sonny Bono Visionary Award: "At the beginning of his career as a director, David Cronenberg was called a public menace at a session of Canada's parliament. In subsequent years, his work has been termed idiotic and repellent and beyond the bounds of depravity. Most succinctly of all, he once was told, 'I hate your fucken films.' Those are just some of the milder indictments of David and his work that I recently learned about. When critics are puzzled and intimidated by movies sometimes their reaction seems to be to take personal offence and often savagely attack the director. Had I known about all the negative things that have been said about David, I could have saved myself the trouble of reading the script for A History of Violence. I needn't have pestered him with so many questions before accepting the offer to play Tom Stall. Had I known how reviled he was, I would have simply said, 'Sign me up immediately.' He's a man and an artist of my own heart."

Cronenberg responded, "When I first heard I was getting the Visionary Award, I immediately called Doctor Herzig to thank him. He's my laser-eye surgeon. And then I realized that it didn't have anything to do with Herzig. It had to do with this festival...I really have to say that [directing] is not so much a vision that you have but a compulsion, a compulsion I think that every artist has to not accept the official version of reality that culture and society gives him. It's as if you always wanted to go into the ceilings and see what's there and behind the walls and under the floorboards. It's not so much looking up into the open sky, the way you might imagine a visionary would, but it's rather digging into the dark little tunnels to get some understanding of what the human condition really is. So I accept this award as a recognition of that, that part of what an artist is."