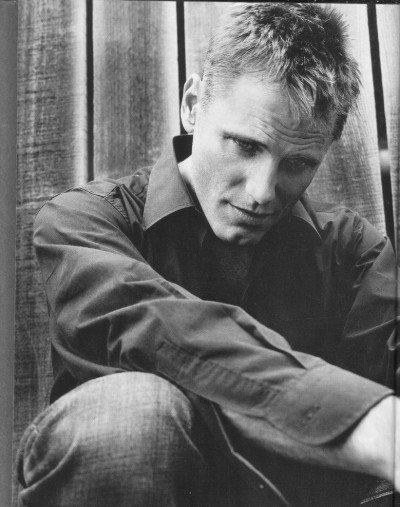 With Middle-earth firmly in the past, VIGGO MORTENSEN looks to a future of indie art, father-son bonding, and learning A HISTORY OF VIOLENCE. 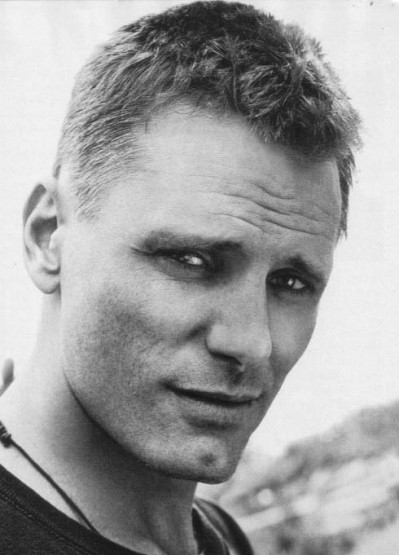 Before Middle-earth mania, few paid much attention to Mortensen's extracurricular activities. Now his books are in multiple printings, and his exhibit openings are packed with fans hoping to catch a glimpse of their beloved Aragorn. Which doesn't bother him at all. "It doesn't matter why people come," he says. "I know some people could look at it and say, 'Well, they're not taking me seriously.' But they're there, and are either going to like it or not, so what's the difference?" So he's not pounding his fist, demanding his true-artist's respect? "There's a quote that I like from the philosopher Bertrand Russell," he says, narrowing his eyes pensively. "'One of the symptoms of approaching nervous breakdown is the belief that one's work is terribly important.'" He stops, clapping his hands and letting loose a great big guffaw. "It's perfect!"
Top of this page
Last edited: 13 August 2005 14:22:59
© Entertainment Weekly.