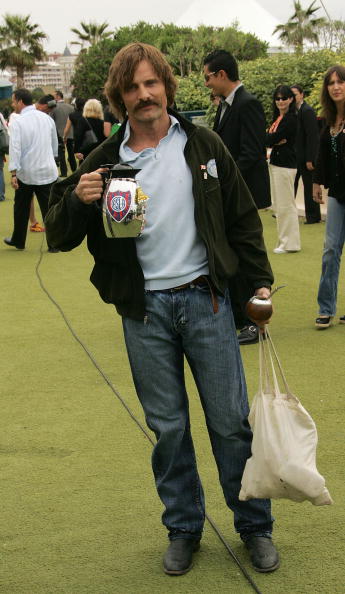 'It felt good to shed my hero's costume' says Viggo Mortensen of his role in the upcoming film A History of Violence, directed by David Cronenberg. Metro chats with the actor about why.

How would you describe your character Tom?

In appearance, he's just a run-of-the-mill guy from the Midwest who runs a little restaurant and leads a peaceful life with his family. But deep down, he's very torn, because he led another, radically different life before this one, dominated by violence. He hid that other life, and now it's coming back to get him.

Why did you accept this role?

Tom is an anti-hero more than anything else. He's calm and composed from the outside, almost holding back. It allowed me to explore different realms than what I'm being offered right now.

We see so much violence in films today moviegoers are practically desensitized to it. Was it challenging making a movie dedicated to it?

This being a movie about violence, it was kind of sensitive. There is no way I would have agreed to be a part of this film if it had been the work of a director who wished to make violence seem aesthetic or choreograph the fight scenes. We've seen enough of that already, and it wouldn't have worked with this story.

Do you think the movie is talking about America?

I wouldn't say that. What happens in this movie can happen anywhere in the world. Violence is universal. And as you know, nothing is ever that simple with David Cronenberg.

Do you feel like your life is permanently altered since doing Lord of the Rings?

I never dreamt about celebrity. Then Lord of the Rings came along, and my whole life changed. I don't really like this. Picture this - I'm in a small town in Spain for whatever reason, and the first thing I have to think about is this: Do I really feel like going outside right now? Do I really feel like confronting photographers and journalists and see myself on the front page of all the newspapers tomorrow morning? Because that's how it happens. I go out, I get recognized, they come and talk to me, they take my picture, etc. From now on, I'm deprived of the simple pleasure of drinking beer on a café terrace. Then again. I can hardly complain. People love what I do.
Top of this page
Last edited: 19 May 2005 10:59:23
© Metro.