'Falling' Closes out Sundance and Ascends High Above 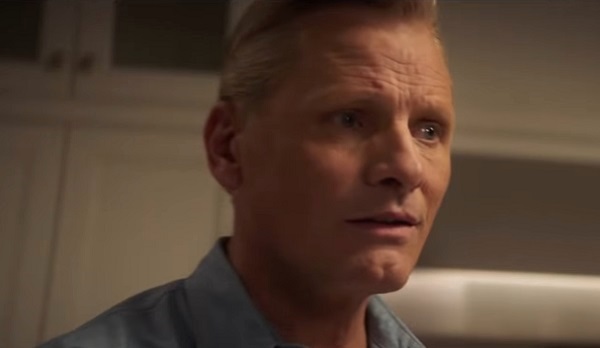 © HanWay Films/Perceval Pictures.
Two types of films have been popular at year's Sundance Film Festival – ones about Alzheimer's and ones that are non-linear. The new Viggo Mortensen film Falling happens to have both. Not only did this movie serve as the closing night film for this year's festival, it also marked the directorial debut for the Oscar-nominated actor.

"I'm sorry that I brought you into this world so you could die," these are the first words uttered by Willis (Len Henriksen) to son John (Viggo Mortensen). Ironic that dear old dad would spend the entirety of his life killing his son's spirit. Falling is the story of a son (Mortensen) who compassionately cares for his utterly flawed father (Henriksen) while suffering from bouts of dementia.

Falling jumps back and forth in time telling the story of this father/son relationship starting with his first days as an infant, through birthdays, divorces, and births. Willis is about as 'old school' as they come. Steeped in the trenches of farm life and boxed in a world where gender roles were religion, his son's homosexual marriage adds a heavy layer of tension to a relationship that is as prickly as cactus in the desert at its foundation.

The film does a super solid job of balancing the multiple facets of John's life. Be it his gay marriage, his Mexican speaking daughter, or his time spent serving his country. Rather than belabor any one point over the other, Mortensen peppers in each of these dynamics to perfection while still delivering the importance and power of each of these attributes. That is to say, it's not a 'gay' movie, it's not a 'political' movie, it's not an 'Alzheimer's' movie. No, it's a movie about a complicated, quiet, and modern-day life.

If being a mean old bastard was an Olympic sport Willis would win the gold. Henriksen is outstanding in this role. Delivering moments of pain and genuine uncomfortableness Henriksen shines as the racist, homophobic, and ultimately pained father. Words like 'whore', 'slut', and 'fag' are about as common as 'water' and 'cigarettes' for Willis and his icy cold farm life. Partner that with John's reserved and warm life in the Southern California sun-soaked life and audiences are only at the beginning of their ying and yang relationship. It is hard to fathom a reconciliation at any point in this film. There are points when one isn't even desired.

The script for Falling was born on a plane by Mortensen after his mother's death. Mortensen would begin writing a story about his family and would just keep writing. What would eventually come to the big screen was a story that Mortensen is quick to say is not about his own family, but one inspired by his.

Mortensen would tell the audience at the film's closing night Q&A that "there's no shame, no matter how hard it is, in forgiving and accepting. No matter how much you might hate them. You've only got the 1, or the 2. When they are gone, they are gone."

Falling is both a story about a trying child/parent relationship, and it's a film that you should watch.