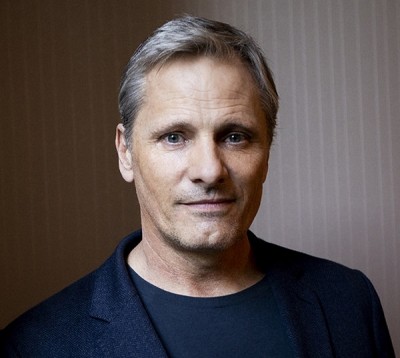 'Green Book' promotion - November 2018.
© Armando Gallo.
Once Golden Globe-nominated Viggo Mortensen learned that it was going to be Mahershala Ali playing Don Shirley in Green Book, he was happy. He had hesitated in accepting the role of Tony Lip, the film's Italian-American bouncer from the Bronx. To some, that casting may have seemed a stretch, but director Peter Farrelly was convinced that it did not matter that Mortensen identifies as Nordic and Anglo-Saxon. Neither did it matter to the director that he is known as a rather serious character actor, without a proven comedic track record.

"I had met him and knew he was a great guy and a really dedicated person," says Mortensen about Ali. "He was very generous and as detail-oriented as me, which is saying a lot. (That) kind of meticulousness and perfectionism may drive some people crazy, but Peter loved it and Mahershala enjoyed it because he was similar."

Green Book is based on the true story of the mouthy Tony Vallelonga, who became the driver of master pianist Dr. Don Shirley and drove him on a concert tour from New York to the Deep South. With the so-called Green Book in hand – an actual guide used by African Americans to navigate the Jim Crow era South (named after its creator Victor Hugo Green) – they went on a challenging trip together that would result in two very different men becoming very close friends.

"It is a very entertaining and crowd-pleasing story," says Mortensen, who insists that this is not a message film. "It is one thing to preach to the converted … but let's say white people in certain parts of the country, would not necessarily go see a movie if they were just told that it is a movie about racism and racial injustice."

It is not the first time Mortensen has been convinced by a director to play a character he did not immediately see himself portraying. That was also the case when David Cronenberg offered him the role as Sigmund Freud (it would garner him one of his four Golden Globe nominations). "I have played other parts before that were not in agreement necessarily with my views politically," says Mortensen. "I would say this part probably more than anyone so far." In fact, Mortensen read the script two or three times and was still struggling with the idea of playing Tony Lip, who could very well be described as a racist in the beginning of the film. But each time he read it, he liked it more and saw that as a good sign.

"As always you want to get it right," he says about playing a character that seemed rather foreign to him. "Not just getting the type right without doing a caricature, but you want to do justice to the family who is still alive. One of the writers was the son, so I was a little nervous about that." That screenwriter is Tony's son Nick Vallelonga and Mortensen laughed out loud several times while reading the script. The Vallelonga family as a whole became a good source for the actor. "They shared photographs and recordings he made while he was researching this. He interviewed Doc Shirley when he was still alive, he talked to his father at length and shared the recordings, where he would talk about this trip with Doc Shirley, so it was just (great) to get the information directly from the source and also to hear his voice and hear the rhythm of his speech and meeting the family and sharing meals with them and visiting them in New Jersey and Long Island and so forth that helped me a lot."

"I am really proud of the movie and especially of our relationship," says Mortensen about his work with Ali in particular. "You can feel on the screen how much we cared about each other and how much we cared for each other. I always felt he was on my side. He was trying to make me better and I was certainly trying to help him be comfortable and do what he needed to do."