Why Viggo Mortensen Wasn't Sure About Starring in Green Book

Source: Den of Geek
The celebrated actor didn't think he was the best guy to play an Italian-American bouncer in Green Book. 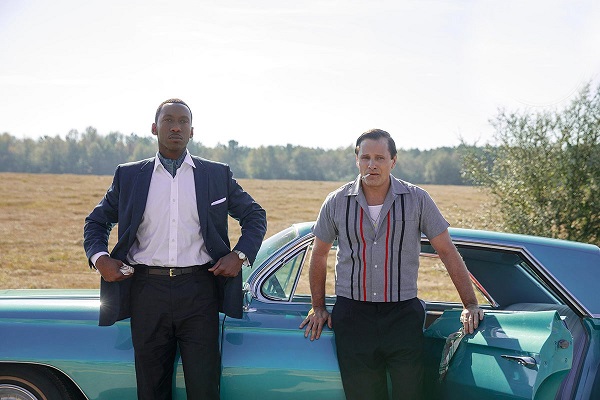 © Universal.
"I had a lot of misgivings about it," says Viggo Mortensen, seated in a room at the London Hotel in Los Angeles where he is spending the day talking about his new movie Green Book. The "it" in question is the role of Frank Anthony "Tony Lip" Vallelonga, an Italian-American bouncer and raconteur (and later, actor) who was hired as a driver for famed African-American pianist Don Shirley (played in the film by Mahershala Ali) when the latter toured the Jim Crow South in 1962.

In the movie, the two men - who couldn't be farther apart in their manner and cultural background - find common ground in challenging the ugly racism of the region and era.

"The last thing I wanted to do was a caricature and (director) Pete Farrelly felt the same," says Mortensen, whose Tony Lip is certainly cut from some of the same cloth as other classic cinematic Italian-Americans of a certain period in New York City, but whose surface bigotry and provincialism masks a deeper humanity and empathy. "Having said that, there's certain things you gotta go with, you know? Some of the ugly things like the racist gestures and words, you can't hide from that. Otherwise you got nowhere to go story-wise."

When Farrelly (stepping outside the comfort zone of previous comedies like There's Something About Mary, Dumb and Dumber and Stuck on You, all co-directed with his brother Bobby) approached Mortensen about playing Tony Lip, the actor immediately had those misgivings mentioned earlier: "I said, 'You know, there's a lot of good Italian-American actors out there, and there's many memorable Italian-American characterizations on TV and in movies, in recent years… You got a lot of people to choose from.'"

But Farrelly was adamant, telling Mortensen that he was "the best guy for this part," according to the actor. "I was flattered, but I was still kinda like, 'Eh,'" says the actor. "Then I thought back to some other situations, like the third time I worked with David Cronenberg where I played Sigmund Freud when he was in his early 40s (in A Dangerous Method). That seemed like really boneheaded casting to me, too. I resisted that with David, but then I thought about it and said, 'Well, he doesn't wanna miscast his movies, he's known for casting well and he certainly didn't lead me down the wrong path on A History of Violence or Eastern Promises. Why shouldn't I trust him?'

"So I remembered that and I thought, 'Well, Pete Farrelly, same thing. He's convinced that I'm the right guy for this, he really thinks I should do it,'" Mortensen continues. "I trusted it, and I'm glad I did because the moment I said yes, and then met (Tony's son and the movie's co-writer) Nick Vallelonga and he basically shared his family with me and all their memories and recordings and everything, I started to feel, immediately, 'Okay, yeah, it's possible. It's gonna take some work 'cause it's a different kind of role than I've played before.'"

While Green Book is a serious movie about issues that are still relevant to the world today, there is also a lot of humor in the initially rancorous relationship between Tony and Don Shirley, as well as the characterization of Tony himself. "It all seemed very foreign to me at first," says Mortensen, who isn't known for comedic roles. "But I gradually realized that it's not like a whole different field of acting. I admire people that can make you laugh and really love written comedy stuff. I realize now it's about the same thing. It's about listening, paying attention, rhythm, act, react, react to that reaction. It's dancing, it's like music. It's not so different from other kinds of acting. And once I got comfortable, and once Mahershala and I both got comfortable together, which happened very quickly, it was fun."

Mortensen and Ali may have been comfortable working together, but the circumstances under which Tony and Don Shirley made their way across the South were anything but. They were forced to find motels that served only people of color (hence the title of the movie, a reference to The Negro Motorist Green Book, Victor Hugo Green's mid-20th century guidebook for African-American roadtrippers, which Vallelonga uses in the story), as well as restaurants and bars that did the same. In one memorable scene, Shirley, renowned for his talent, is nevertheless not allowed to eat in the dining room at the venue where he'll be entertaining a white audience just a few hours later.

"Those were the laws that were on the books," says Mortensen. "That's the way people spoke, South and North, East and West. I mean, it was acceptable. There was a certain, overt racism in language and behavior. It was like, 'Hey, that's the way things are.'" Mortensen adds that the idea behind the movie was to let the message surface subtly through the actions of the two main characters, without hitting viewers over the head with it.

"It's not really a movie made from the point of view of any member of society, it's just a story about two guys that took this trip," he says. "Two guys who are very different and who, as they got to know each other, came to not only accept each other's differences but appreciate them, but also even without thinking about it, were pushed together by the circumstances they ran into in the South. They were becoming, 'us against that.'" (Vallelonga and Shirley became lifelong friends after their trip, passing away within months of each other in 2013.)

While the Jim Crow era is behind us, racism is far from extinguished and is being expressed more overtly in recent times. Mortensen admits that a movie may not be able to change that. "I don't think that that stuff is ever gonna go away completely," he says. "Discrimination, racism, fear of the other, whatever. It's gonna take new shapes, new words. Just 'cause we don't use the n-word as blatantly as it used to be, just because there are no 'sundown town' laws on the books (a law that decreed blacks had to be off the streets by sundown) and you can eat anywhere you want no matter what color you are in any part of the country, it doesn't mean that's gone away. There's forced oppression, there's gerrymandering, there's a myriad ways in which racist intentions are institutionalized or attempted to be."

"There are people that say, 'Well, this movie's so timely because unfortunately, even though we have the Civil Rights Act and we have all these things, things have not changed the way they should have,'" concludes Mortensen. "As if it's all gonna be one day perfect. It's never gonna be perfect. That's the same as saying, 'Oh well, we're gonna die.' It's like, that's news? We're all gonna die, deal with it. The best way to deal with it, in my opinion, is make the most of your life. Appreciate your life, take care of your life and the lives of others, including people who look very different."