Viggo Mortensen Goes Off the Grid With 'Captain Fantastic' 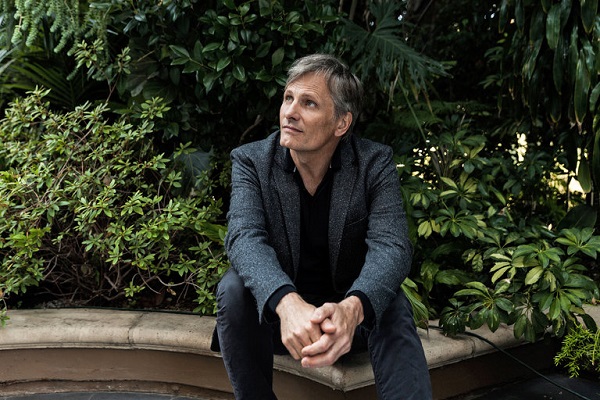 Image Emily Berl.
© The New York Times Company.
Despite its title, Captain Fantastic, which opens Friday, July 8, couldn't be less like a superhero movie. It stars Viggo Mortensen, who has both the looks (the piercing blue eyes and jutting Kirk Douglas chin) and the buff physique of a Marvel type, but would probably prefer slow death to putting on a cape and tights.

In the movie, he plays someone so turned off by pop culture that he has moved off the grid entirely. His character, Ben Cash, is a former college professor raising his six children in a yurt somewhere in the woodsy Pacific Northwest. They hunt and fish, when not learning languages or practicing martial arts, and in the evenings they sit around reading heavyweight novels and listening to Dad inveigh against capitalism and corrupt politicians. For transportation, they have an old hippie school bus, and instead of Christmas they celebrate Noam Chomsky Day, when the children receive hunting weapons or, in the case of a 6 year old who has been asking where babies come from, a copy of "The Joy of Sex."

It's hard to imagine a part tapping more deeply into the inner Viggo. Mr. Mortensen is himself not a back-to-the woods survivalist, exactly, but he knows his Chomsky and lives about as far off the grid as a major movie star can and still get work. He is famously picky about roles and makes only a movie or so a year without worrying too much about whether it makes any money. The rest of the time, he paints; takes photographs; writes poetry and music; and runs a small eclectic publishing house, Perceval Press, where he personally edits, proofreads and supervises the printing of all the books. (He also maintains a sort of personal bulletin board on the press's website, on which he posts leftish articles and pithy quotations from his voluminous reading: "Violence is the last refuge of the incompetent," Isaac Asimov; "Power is not sufficient evidence of truth," Samuel Johnson.)

Mr. Mortensen, 57, who lives much of the time in Madrid with the Spanish actress Ariadna Gil, is hard to reach sometimes and dislikes what he calls "shilling" — the process of promoting a movie. But he submits to it with uncommon patience and politeness, providing long and thoughtful answers to even the dumbest of questions.

Captain Fantastic is only the second movie directed by Matt Ross, who plays Gavin Belson on Silicon Valley. He said recently that he hadn't typecast Mr. Mortensen and actually knew very little about his nonactorly side. "I needed someone physically fit and intelligent, which he is," he explained and added that Mr. Mortensen also appealed to him for what amounted to symbolic reasons. "It was a sort of statement of artistic intent on my part," he said. "The lead actor is the face of your movie, and Viggo for me represents nothing but integrity. The things he chooses to do, and not do, speak volumes."

Only after meeting Mr. Mortensen, Mr. Ross went on, did he discover that he had lived in the West and knew all about hunting and gathering. When he sent Mr. Mortensen a box of the books he thought Ben Cash would like, it turned out that Mr. Mortensen had already read most of them. And almost as soon as they began talking about the movie, Mr. Mortensen sent Mr. Ross a 10-page list of factual questions. "He was very interested in the family compound," Mr. Ross said. "He wanted to know all about the sanitation, the water source, the food supply — things like that."

Mr. Mortensen became a breakout star in 2001 with The Lord of the Rings, in which he played Aragorn, but since then his choices have included very few big studio movies (he turned down The Hobbit, for example, on the grounds that it deviated too much from the original text) or, for that matter, movies made in English. Most recently, he was in David Oelhoffen's Far From Men, based on an Albert Camus short story, in which he spoke French and Arabic, and Jauja, by the far-out art-film director Lisandro Alonso, where the character spoke Spanish and Danish. In both, as in The Road (2009), his last big American film, he spends a lot of time wandering on foot through a bleak and blasted landscape.

In a phone interview recently, Mr. Mortensen insisted he wasn't trying to show off his linguistic chops or his physical prowess. Trekking around did have a certain appeal, he admitted, but he pointed out that he has also played Freud, in David Cronenberg's A Dangerous Method, a part that required him only to talk and smoke a cigar. Mostly, he said, he was interested in good scripts. "I didn't say, 'Oh, it would be cool to do a movie in French,'" he explained. "I just liked the story a lot. I've had people say: 'Well, obviously you've eschewed studio movies. You just don't care for them.' But that's just the way it's worked out. I don't have a preference for a high- or low-budget movie. I really don't."

He added that big movies tend to be less original and less challenging. "With the big-budget movies, there's so much money at stake, and then the cost of promoting them, which is sometimes double the original budget, and you've got to have some guarantee you'll get it back," he said. "The safest way to do that is to tell a story that's worked before."

What appealed to him about Captain Fantastic, he said, was the script, one of the better screenplays he'd read in a long time. He recognized the ways he and Ben Cash overlapped, but even more, he liked the way the story defied expectations, with the character becoming more extreme and isolated as the movie goes on, and eventually forced to make a sort of uneasy compromise with the outside world and its values.

"Much as I liked the beginning, I was thinking, 'O.K., I know what this is — outsiders, sort of a liberal point of view; I guess we'll be on their side," he said. "Sort of a Little Miss Sunshine kind of movie. And then I was surprised. There really isn't a hero. As you go along, you sort of cringe and see some of the things in this character you dislike most — rigidity, authoritarianism."

Mr. Mortensen said he sometimes tried to imagine what would happen if someone politically or religiously conservative wandered into a theater and watched Captain Fantastic by accident. "They're going to go, 'Jesus Christ, I have to watch this hippie, left-wing guy go on and on about stuff?'" he said. "But I think if they pay attention and get to the end, they're going to see that he's got a lot of things to work on."

He added: "The movie is in some part about rebalancing yourself, having some perspective. It speaks in favor of communication. I felt that at the time we were making it, and even more now when it's coming out. The presidential campaign is just a loud echo, polarized and polarizing, of something that's going on in this country domestically, racially, spiritually. If you're arguing, at least you're having some sort of interaction. But if it's all cant, then that's just isolating. The movie is in favor of self-adjustment and self-reflection, meaning I'm willing to listen to your side."