I Have A Dream

By Viggo Mortensen - translated by CoCo and Techadmin

Source: Zeit magazine (Germany)
"Acting reminds me of what it was like to be a cowboy or pirate as a child." 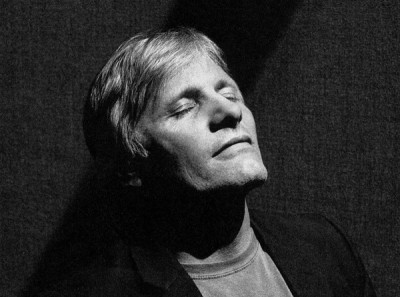 Zeit Magazine (Germany) - 23 July 2015.
© Jessica Barthel.
I am standing in a big garden, looking into the sky and watching the birds in the tree tops. Behind me there is a house. Everything is very calm and quiet. One bird flies towards me, it is colorful like a parrot, but reminds me more of a crow. The bird attacks me, tries to pick one of my eyes. I try to fend him off to protect my eyes. Finally I flee into the house. As I get in there, I see a lot of people. All of them are reading – books, newspapers or comics. They are reading while moving or standing. No one is sitting. I go from one to the other, asking them to look after my eye and asking if everything is ok with it. But the more people I ask, the worse my eyesight gets. Before I become completely blind, I wake up.

I have had this dream many times, the first time as a child, then as a teenager and also in my 20s and 30s – interestingly very often in phases of my life in which I really had problems with my eyes and had poor eyesight for some days. Maybe the dream was a first hint, or maybe it even symbolizes my fear of going blind. During the last years I haven't dreamed this anymore.

Often I remember my dreams during the day. When something particular happens, I realize sometimes that I dreamt of that before. For example it happened a few times that I heard about the death of a beloved person or animal and I was irritated by my reaction – I was less shocked or surprised than I should be. Then it came to my mind, that I'd dreamt about it during a recent night.

When I'm awake, I dream of perfection. It's not about reaching it, I'm aware that it is not possible. My concern is to seek it, to try very hard to shoot the perfect movie, to have the perfect marriage, to paint the perfect painting – above all to know that it will never work out. What counts is the will, not the achievement of the goal.

I never dreamt of Hollywood fame. Acting was only one of many things which I tried out, like painting or writing. I never thought that I'd stick to it for such a long time. Certainly it fascinated me right from the beginning, how easily one can tell stories in a movie. In a way it reminds me of playing out your dreams as a child, to be a cowboy, pirate, princess or butterfly. Children are free and flexible, in their dreams, their games, on all levels.

You become more rigid as you get older. But art, acting, writing keep me away from getting rigid, at least mentally. Physically, it's unfortunately a totally different story.

56, became famous as an actor in the role of Aragorn in the Lord of the Rings trilogy. His movie Far from men has been running in the cinema for some time, based on a short story by Albert Camus; it recently received the Fritz-Gerlich-Award at the Munich Filmfest.