What I Am Feeling

After losing the match for the third place in their World Cup, Brazil, the host team, coached by Felipão Scolari, made the shit gesture of not staying for the handing out of medals to Holland who had just defeated them 3-0 in a very boring match that could have been 5-0. With such a lack of courage and dignity, this team shows it would be perfect for a bad-mannered and bitter coach like Mourinho, who, as I had imagined it, is shaping up as one of the main candidates to take the reins of the Seleção. Right now Brazil doesn´t know how to win and doesn´t know how to lose. They are pitiful.

To the locker room in order not to see the ….
© TBD.
And that idiot, Arjen Robben, who knows how to run, dribble and kick a ball almost as well as he knows how to take a dive and fake grimaces of pain, dared to declare that winning against Brazil for the bronze medal was not enough, that his team deserved "clearly to be in the final tomorrow and we can't play it." It seems to me that the crybaby has forgotten that he couldn't do anything to threaten the Argentine goal (the only time he managed to frighten Romero in the least he was stopped cold by Mascherano) and that Sabella's team won the semi-final against Holland.

I feel like the kid in me has been given a beating and told that everything that he loves is a lie. It's just a game, I know, and fate could have been different, but it hurts, brother, it hurts. I congratulate the Germans. On to the Libertadores. I have no more words. 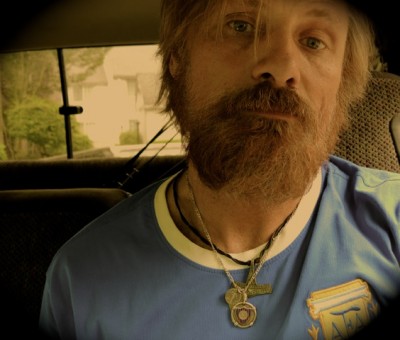 I´m attaching this analysis written by Claudio Mauri for canchallena.com that does have sensible words about Argentina's defeat in the Final.