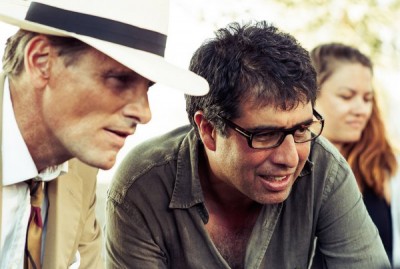 After the script began circulating, it quickly ended up in Viggo Mortensen's hands. The actor met with Amini at his home in Madrid late in 2010, enthusiastically attaching himself to star as Chester MacFarland and remaining steadfast throughout efforts to get the film in front of the camera. "He has been incredibly gracious and generous throughout the whole process," says Amini. "He's been a real partner." Once Mortensen was attached, StudioCanal agreed to finance The Two Faces of January, pre-selling distribution rights in territories like Spain and Argentina where the Spanish-speaking actor has a large following.

'I went off to Spain where he lived and really sort of auditioned for him. He's incredibly gracious. He became a real partner and we wouldn't have gotten the film made without his support.'