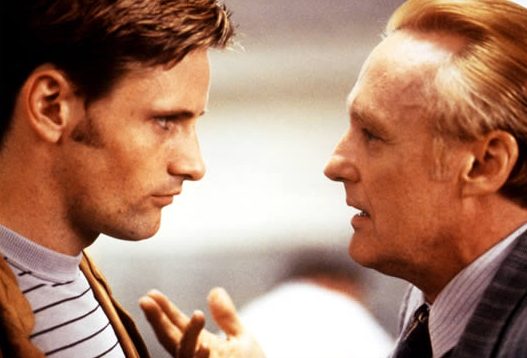 Boiling Point also features an early turn by then up-and-comer Viggo Mortensen as Red's dopey and easily led partner, Ronnie. Once again, what could have been a thankless role, becomes something much more under the focused acting of Mortensen. His Ronnie can appear to a quiet man. Peaceful even. But underneath the facade is a deadly sociopath, who will kill without remorse. Not for personal reasons ? just because he was told to.