Viggo Mortensen on 'Everybody Has a Plan', 'Two Faces of January' and His Own Favorite Film 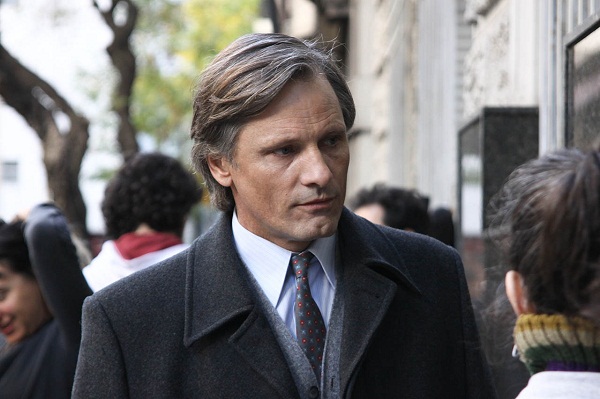 © 20th Century Fox/Haddock Films.
Viggo Mortensen returns to the big screen this week, causing double the trouble playing twins in his fourth Spanish language film, Todos Tenemos Un Plan (Everybody Has a Plan). Directed by first-time film director Ana Piterbarg, the story follows twin brothers - one a poverty-stricken thug, the other a doctor - who embark in a desperate quest for a second chance.

I chatted with Mortensen about who he would pick as his real-life twin brother, what it was like to revisit Argentina where he grew up, and his upcoming film The Two Faces of January.

Fandango: You're known for being so selective with the roles you take on. What turned you on to this project - the challenge of playing twins or bringing their madness to life?

Viggo Mortensen: I'm really proud to be part of this movie. This was just a really great script and a very good story that can be translated to any part of the world. The fact that it was an Argentinian film made it even more interesting to me, not that I would ever do a movie in Argentina just to go to Argentina. It was just one of the best scripts I've read in a really long time.

Fandango: Did you read anything or watch any movies as a source of inspiration for this film?

Mortensen: You know there were certain books that I read, like Sudeste, which has beautiful descriptions of that region and of that kind of underworld, marginalized society that you find when you go away from the tourist area. I don't think there have been that many movies where one actor plays two twins. I saw Dead Ringers and I thought Jeremy Irons did a great job with those two performances. I guess that's a movie I thought about a bit.

Fandango: If you could choose a famous fraternal twin?who would it be?

Fandango: You were born in New York, you currently live in Spain, but you were raised in Argentina, right? So being able to go back to Argentina to shoot this film must have been a sweet deal.

Mortensen: I'm very comfortable in Argentina. I was raised there as a baby and stayed there until I was 11 years old so the first decade of my life or my formative years were spent in Argentina. I stayed in tune with the food, music and language. I suppose my Spanish got a bit rusty after 25 years but when you learn something as a kid it never really goes away.

Fandango: This is your fourth Spanish language film. Will you be tackling any other languages in the near future? How many languages do you speak?

Mortensen: This is my fourth Spanish language film but my first Argentinian movie. I learned Spanish and English at the same time. I'll be playing a Danish character next so I'll be speaking Danish, thanks to my father's side of the family I learned. At the end of the year I'll be playing a role in which I have to speak French and Arabic.

Fandango: You just finished filming The Two Faces of January. There seems to be a recurring theme happening here, only this time you play a con artist alongside Kirsten Dunst and Oscar Isaac.

Mortensen: I think that by the end of the movie you'll have realized that you're never going to know the real name of my character. It's always interesting to play a character that obviously has a secret.

Fandango: What are your thoughts on Oscar Isaac?

Mortensen: Very good actor. I was really impressed by how well prepared he was. I look forward to seeing The Two Faces of January to see how his character comes off; I really liked what he did. I'm also looking forward to seeing Oscar's performance in the Coen brother's Inside Llewyn Davis. I think it's going to be a very good year for him. I wish him luck.

Fandango: Let's play fill in the blank. You just have to complete the phrase.

Everybody has a plan, my plan is? to not make plans. [Laughs]

Spanish is the language of? Federico García Lorca.

The first thing I do every morning is? open my eyes.

The movie I like to watch most is? The Passion of Joan of Arc. It's a silent film from 1928, a Danish-French production and it has one of the best acting jobs by an actress of all time.

When I'm not working on a film, I am? working on something else. [Laughs]