Viggo Mortensen is immersed in a "strange story." 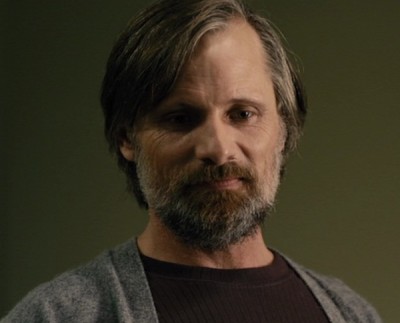 © 20th Century Fox/Haddock Films.
A "strange story" by Argentinian director Lisandro Alonso is one of the many projects in which the New York born multi-talented actor Viggo Mortensen, who is also about to publish a photography book and is working on a script to direct his own film someday, is immersed.

"Lisandro´s are always stories that, from the point of view of the ordinary reader, are rather strange," explained Mortensen today in an interview during the U.S. promotion of his most recent work, the 2012 joint Spanish-Argentinian production Todos tenemos un plan.

The actor, raised in Argentina, asserted that Alonso's movies (Los Muertos, Fantasma) at times resemble those of the Russian filmmaker Andrei Tarkovsky, because they have "a slower pace, a development that is stranger, more unsettling, different from what is usually encountered."

He has been working with him on constructing his character, but also on contributing "many ideas" to this new movie, which he describes as "quite a strange story, but an understandable one, another adventure", a product of the collaboration between Alonso and the "talented" Argentinian poet Fabián Casas.

In this film, Mortensen will play a Danish soldier who moves to Argentina to fight in the Conquest of the Desert (1878-1885), when "the Argentine army was opening up the frontier, to put it politely, because in reality they were killing a ton of Indians".

The officer, who took part in the Second Schleswig War in Denmark, comes to the South American country accompanied by his adolescent daughter, who falls in love with an Argentinian soldier and runs away with him to what were, at that time, the dangerous grasslands of the Pampas, causing the father to decide to go in search of her.

Lisandro Alonso´s film will take Mortensen to Argentina again where, in spite of his having spent years during his childhood, he had never filmed until Todos tenemos un plan, the first work of the Argentinian Ana Piterbarg in which he deals for the first time with a double role, the twins Agustín and Pedro.

The film premiered last September in Argentina and Spain, but it will be screened for the first time in the United States tomorrow as part of the Miami International Film Festival, while its premiere in New York and Los Angeles theaters will have to wait until March 22.

"It's not an easy movie to absorb, but I hope people will enjoy it," says the actor, who mourns the fact that it won't premiere at the same time in more American cities with a high Hispanic population, like Tampa, Miami, San Antonio or Houston, although he tells us that it will gradually be arriving in more places across the country.

But the promotion of Todos tenemos un plan and the project with Lisandro Alonso don't slow down Mortensen, who is also working on the film adaptation of a novel which takes place in the nineteenth century, a story about American Indians called The Horsecatcher.

"I´m writing it as well as possible although I know that years might go by before I get the money to make it, and it´s more difficult when it´s a first work," admits the New York native who remembers that even renowned directors like David Cronenberg (with whom he has worked in three films) take years to finance their films.

If that wasn´t enough, the actor, who is also a poet, editor and photographer expects to publish next April Children of the Wild, the first of three photography books linked to anthropology and ethnographic work made in Argentina at the end of the nineteenth and early twentieth century.