Everybody Has A Plan (Todos Tenemos Un Plan): Toronto Review

Source: The Hollywood Reporter
Viggo Mortensen's fourth film in Spanish (his first language) is his first shot in Argentina, his childhood home. 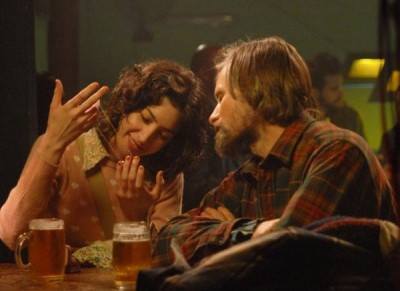 Image John Harris.
© Haddock Films.
A man looking to escape obligations by swapping places with his identical twin gets something else entirely in Everybody Has a Plan, the assured feature debut of Argentine writer/director Ana Piterbarg. The presence of Viggo Mortensen will draw attention to the film, particularly with him playing dual parts, but Piterbarg's sensitivity will likely find admirers and could help sustain an arthouse run driven by more than novelty.

Mortensen plays brothers raised on one of the tiny islands in the Tigre Delta, a vast, swampy area near Buenos Aires. Pedro still lives there, keeping bees and doing less savory jobs on the side, and has long been a stranger to Agustín, a pediatrician living in the city. Just as Agustín is experiencing a life crisis - backing out on adopting an infant with his wife, entering an undefined depressive state - he is visited by Pedro, who is dying of cancer.

When Pedro dies in front of him, Agustín decides to trade lives - leaving his brother's body to be mistaken for his, and trying to pass himself off as the much more worldly beekeeper-turned-crook.

Mortensen quietly piles desperation atop desperation here, his eyes showing that part of Agustín realizes how unlikely it is he'll convince neighbors and colleagues he's the man they've known for years. Especially challenging is Rosa (Sofía Gala Castaglione), who helps Pedro collect honey and is also somehow tied to Adrián (Daniel Fanego), Pedro's sometime partner in kidnappings. Agustín and Rosa begin an affair, but Piterbarg isn't about to let anyone get comfortable: Loose ends from one of Pedro and Adrián's recent schemes make hiding in Tigre more dangerous than the alternative.

Though it offers numerous scenes of violence, one of them disturbingly intense, Plan is no quick-pulsed thriller. Its intensity level matches its setting, where travelers from the city share long water-taxi rides with neighbors, each stop a different small island. (Camera work by Lucio Bonelli captures the flavor of the place nicely, though the geography of labyrinthine waterways aren't exploited as one might expect.)

Threats are made early on and linger, content to be delayed for the unspecified length of a business associate's "fishing trip." That leaves ample time for viewers to puzzle over Agustín's deeper reasons for embracing his brother's dark-sheep identity, to imagine what was going wrong with the life he left behind, and to search his eyes wondering why he's not trying to escape this life before things finally crumble.

The Bottom Line: Ana Piterbarg's debut is a low-simmer thriller whose simple plot allows for some complex psychology.