Viggo Mortensen: "We all act in every situation"

By Diego Oscar Ramos - translated by Ollie, Rio and Zoe

Source: Nueva
Viggo Mortensen came to Argentina to present Todos tenemos un plan, his first full length feature shot in our country where he grew up until age 11. The American actor talks about the film and about its aesthetic and philosophical implications. 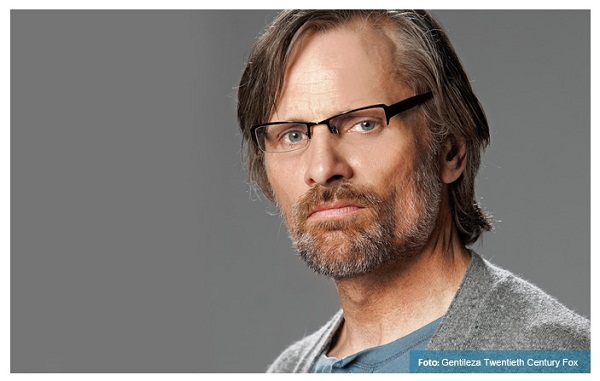 © 20th Century Fox.
If his first film shot in Argentina is based on strong contrasts, Viggo Mortensen´s [Manhattan, 1958] own nature seems ideal to star in it, because he manages to join magnetism with simplicity. And if we all create a way of presenting ourselves, his behaving naturally, allied with a certain sobriety, is his calling card.

If he doesn´t much like what he´s being asked, as happened during some moments of the presentation to the press of Todos tenemos un plan, Mortensen, who arrived in mainstream films by being the star of the Lord of the Rings saga, won´t speak more than is necessary. And although the fact of filming in Argentina, where he lived with his family from ages 3 to 11, excited him, he´ll never make an emotional show of that. "Every time I arrive, I feel like I'm home; the way of talking and thinking, the culture, the music, the food, remind me of my childhood. But it´s different to stay for months instead of for a week or two, because staying for so long makes you really go back and realise that you actually can´t go back to the past," says Mortensen.

And in many ways, that could be an introduction to some of the themes of the movie that had him working in the Tigre for a good part of last winter. There he plays a double role of two twin brothers raised in the area, who, as adults, took different paths, one on the island and the other in the city. The essential conflict occurs when, at the disappearance of one of them, the other returns to the Delta to try to pass as him. The game, as dangerous as it is unsettling, brings unforeseen consequences.

What personal relationship did you have with environments like this?
Up to a certain point, it was an advantage that, as a boy, when I left Argentina at age 11, I went to an area in the Northeast of the United States, near the Canadian border, right next to the St. Lawrence river. I spent a lot of time there with boats and canoes. That helped me, because in the film I have to steer a little yellow boat a lot. We didn't have too much time to do each take because of the currents and the winter weather. And in addition, we couldn't lose the light. That knowledge that I had saved us. Many years had passed, but after five minutes, I was already remembering everything.

Your own history with nature had to have been important.
That's why I've always been attracted to characters like that. I have had many roles working on the water, in woods, in deserts, with animals. I'm always attracted to being in the country, nature, in places unspoiled by humans. If I'm in a natural area, I never think I'm wasting time, even if it rains or snows, even if it's very hot or cold, if it's day or night. On the other hand, when I'm in the city, as much as I like it, there are moments when I feel I'm wasting time, like in the middle of traffic. I think that maybe I could be fishing...

This film and others you've made have shown the not-so-kindly side of nature that awakens a person's strongest character.
Yes. It's also scary. Those who don't live in the country think that it's all "Oh, how lovely." But there are people who die, who come from the city and don't respect nature, which is dangerous. You have to pay attention. And in the film, that's what you see. Ana, the director, does it very well, because the Delta is one more character. And not only are there contradictions and dualities between the characters, but also between the city and the river, as different characters.

The scene of the encounter between the brothers is very interesting; you see differences in the way they behave. How did you achieve that?
With people I saw there (in the Delta) and other people who live in the country, in touch with nature, they have a slower rhythm, more careful with things; a more tactile thing, a different way of touching things and of knowing the power of movement. It's a more indigenous thing.

And doesn't Agustín's journey to Tigre imply a certain redemption?
It's a journey to find himself. He's only thinking about leaving himself behind, leaving behind that person he was in Buenos Aires. He leaves him, flees from himself, but he ends up finding himself. And in a way that he never would have found himself if he hadn't fled. It's a strange contradiction, but that lie of being the other brings him to the truth in a purer way. He understands his brother as he had never understood him. He understands himself.

Are there journeys in your life, transformational journeys?
Yes. Anyone who's entered into a relationship with another person has changed the course of their life. And even more so if you marry or enter into an intimate relationship. You stay with that person and sometimes you even move to a place that you would have visited, but where you wouldn't have stayed. And that choice of being with that person or of accepting a job, even if it's in the same town where you live, can also change your life. You don't need to go to the North Pole.

Have there been changes you have been afraid of making?
I've never been afraid of places, only of people. There are moments in any relationship where you doubt whether it's all right; you think that you're very deep into a relationship; you can find insecurities, some barrier you cross, an obstacle that you step over so the relationship can keep developing. Sometimes, you realize that it's the end, that it isn't for you, that it's not good for the two of you. And you leave.

The great powers of observation that you use to create characters - do you use that in everyday life to notice, for example, when a relationship has really ended?
I don't think so.

It doesn't increase your threshold of perception?
Paying attention is a habit, a way of looking at life, of moving through it artistically. You can also walk down the street, thinking your own thoughts, texting on your phone. But maybe, even without being an actor, you can be paying attention to what's around you and being in the habit of watching all the time. You can be a security guard in a building or a detective and you also see things without thinking. If they ask you later on, you´ll remember how a person you barely saw for a second was dressed. It´s a habit anyone can develop. I do that, but not always; sometimes I get distracted and don´t pay attention. But I do when I´m working. It´s very important.

Do you feel that you've found your true way of being, your identity?
Yes. There are moments in which I feel more comfortable and more relaxed with myself. Sometimes, I don't know why, but I feel relaxed. And maybe it has to do with the place where I am, the person who's there. Perhaps if that makes you feel good, you stay with that person or return to that place. Or when I'm going to work, I like to walk along the river because I feel good. They are simple things. We are all different. And we feel good with different things.

Do you also follow the same simple criterion when you have to choose work?
That too. But many times, I reach a decision if I find that the story is well-written and has the possibility of being a good film. It also happens that if I´m offered a role and I say no, because it scares me, it´s a sign that I must do it. Because what generally scares us is the unknown. When he arrives in Tigre, Agustín, the character in the film, thinks that he knows the place, but each encounter with people presents him with many questions and a lot of possibilities.

And beyond films, can´t we ask ourselves how much we know of others and whether what I think I present is what others see?
Yes, there are people who may seem crazy or lost to us, who are scary because they don´t have a filter and will do anything. But in general people are not like that; they present themselves one way or the other, depending on the situation. If it´s your mom, one way; if it´s a policeman who is asking you questions, another; if it´s a drunkard or a guy dangerously drugged, another. We all want to give a good impression, please, convince or remove suspicions. We all act in every situation; we go on changing the presentation, even if we don´t realise it. That´s interesting. It´s not necessary to play the role of the other, as in this film, because we all act in order to survive.

In the film, Daniel Fanego´s character says he doesn´t believe that anyone changes, that if Agustín was a coward as a child, he´ll continue being one. Do you believe in the possibility of change.
Although the character is very cunning, quite a brute, he´s wrong. Agustín has lost his fear, no longer feels rancour, knows who he is and is happy with this role that has fallen to him. He doesn´t care if he thinks he hasn´t changed. There are people who see you after ten years and say: "It´s that crazy guy." And they don´t realise that the person might have changed. Or, as an actor, they´ve seen you on a film and don´t believe you´ll be able to do another kind of role. But people change.

When you played Freud, you said in some interviews that you had learned that one doesn´t need to take life so seriously. But you emphasized that this didn´t mean not doing things seriously.
Well, this trade is a game - a bit more intellectual, more detailed, but which is the same I could do when I was a child: believing all I could that I´m another [person] and do everything in order to be that other person. It´s a game. And it can be very serious, like the one in this film, with strong actions and disturbing emotions. I´m glad because this film works, but if it hadn't happened, it wouldn't be the end of the world. I learned things and that´s it. Of course if everything turns out right, even better.

Argentinian Talent
"Sometimes I think about a shoot from ten years ago and I realise that, based on that experience, my way of thinking and confronting the work that came afterwards changed. You always learn new things, but many times, you don´t realize it at that moment," Viggo Mortensen says before finding what he feels he takes with him from the filming of Todos tenemos un plan: "I knew because of theatre, films and television that the Argentinians are famous -especially in the Spanish speaking world- for doing a very good job and having very good training, because of their theatre and film schools. Now I conclude that what I already suspected about the very good talent of the technical crew and the Argentinian actors is true."