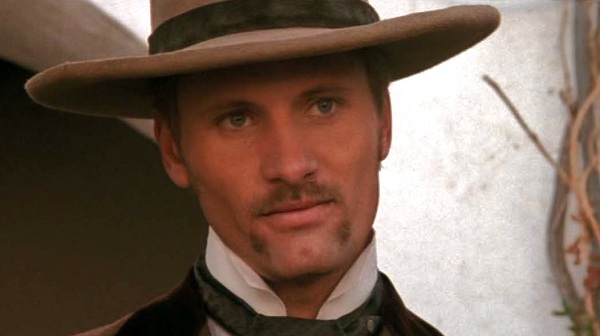 "It's amazing what he brought to that role," Fusco says. "I remember I was in my hotel room in Santa Fe, and there's this knock on the door pretty late at night. I open it, and there was Viggo holding a rifle. He said, 'I got some ideas about the scope my character would have on his rifle. Do you have a minute?' He came in, and he sat down dead serious and showed me this conversion he'd done to an historically accurate scope. He said, 'With all the copper mining in these parts, I think it would be copper.' I remember thinking, 'Wow, this guy is serious. He's really got it.'"