Viggo Mortensen on The Two Towers

Source: Empire
The following is an extract from Empire magazine's special coverage of The Two Towers. 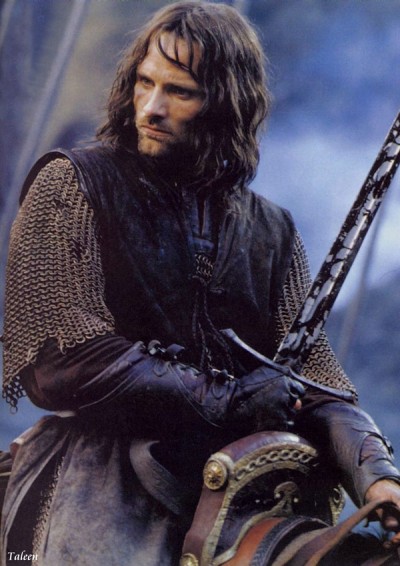 "It really starts happening a lot in the second movie," he says, frequently quoting from his rambling notes jotted down in a battered book, "especially when we get to Rohan, which is a proud but isolated people. There's a value of working together, a commonality."

This is how the Dane broaches subjects; not with a whip-crack soundbite, but the slow-burning philosophical angle. He is genetically incapable of trivia, but smiles easily, waxing lyrical about the higher messages contained in Tolkien's prose.

"It's a very complex story. The Ring is not evil in itself, any more than Mordor or Sauron themselves are. On the surface, the plan is to drop the Ring into Mount Doom, if possible. I believe the Ring is not one thing. The Ring comes from each of us. It resides in each of us as the potential for making selfish choices, as the potential for attempting to control the worlds of others. Aragorn and Gandalf are trying to find a way to get this job done, they have to find a way to unite people, to reject the impulse that is the Ring." It's not the classical reading of the book, but he's willing to admit there's still plenty of action for the rugged hero in part two. "He's much more of a soldier in this one, he is finally coming to terms with his destiny to be king."

Talking of which, in what seems to have become a game of celebrity tag, Bernard Hill appears over Aragorn's shoulder and pulls a mock yawn. The guys have become good friends. "Hey, it's his majesty," sneers Mortensen good-naturedly as he gets up to go. Isn't it always the same? You don't see a king for ages and then two arrive at once.