Viggo Mortensen Admits He Still Has A Lot To Learn

By - translated by Ollie and Sage 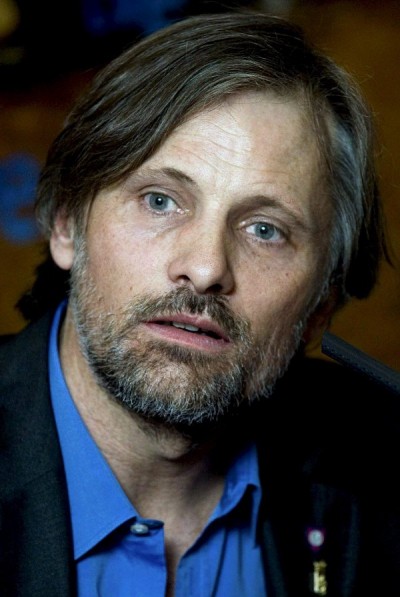 Mostra de Cinema Llatinoamerica de Catalunya: ….
© EFE.
Viggo Mortensen, the American actor, assures us that his criteria to choose what films he takes part in is based in feeling passionate about the story they offer him, although he admits that every time he has to confront a new project he fears not to be up to it and thinks "I don´t know how to act !"

Mortensen came to Lleida today to collect the Award of Honor that the organisation of the XVII edition of the Muestra de Cine Latinoamericano de Cataluña, that opens today and which will show a retrospective with some of his most representative films, will present to him.

Previously, in the press conference, Mortensen, who came to fame because of his role as Aragorn in the trilogy of Peter Jackson´s The Lord Of the Rings, said that he likes movies made "with professionalism, but also with passion", and admitted that whenever they chose him to act in a film he gets scared, since he believes he still has "a lot to learn."

"But I think that fear and honesty are crucial in an actor; you have to see if you are going to be useful ín the role you´ve been chosen for."

"I say it half jokingly, but I often say: 'I don´t know how to act,' because you look at each character and think, 'how do you do that?'," he said.

Nevertheless, this fear of which this New York actor, raised in Argentina, speaks has not prevented him from having a wide and varied filmography behind him, that began in the year 1985 with his début in the movie Witness.

Mortensen acknowledges that having played the popular character of the knight [sic] Aragorn has opened many opportunities in the world of cinema; as well as being a box office success, it allowed him to sign on with new directors.

He made it clear, in this respect, that he does not close the doors to participating in a possible bridge film between the above mentioned trilogy and another of the most well-known books of J.R.R. Tolkien, The Hobbit.

The actor, on the other hand, said he has learned a lot from his last filming, David Cronenberg's A Dangerous Method, to be released next spring, in which he plays the psychoanalyst Sigmund Freud.

He has indicated that he would enjoy working again with Cronenberg, and, to the voices that have already suggested him as a possible Oscar winner next year for the role of Freud, he pointed out that, to him, it seems very risky to spread rumors like that.

"The awards are a circus and always will be," he said.

Mortensen also made clear that next week [he] will begin filming a new movie, the first one that [he] will film in Argentina, and that will be titled Todos Tenemos Un Plan [Everybody Has A Plan.]

It is, as he pointed out, the debut of the scriptwriter Ana Piterbarg from Buenos Aires, which will be filmed as a Spanish-Argentinian co-production.

Finally, Mortensen emphasized the importance of festivals like the Festival of Lleida, because they allow small projects to be seen in many South American and even European countries after being recognized in the festival.

"For me, who was born in New York but spent part of [my] life in Argentina, it's an honor to receive this award from the festival in Lleida, which is very important in Argentina," he concluded.