By - translated by Ollie 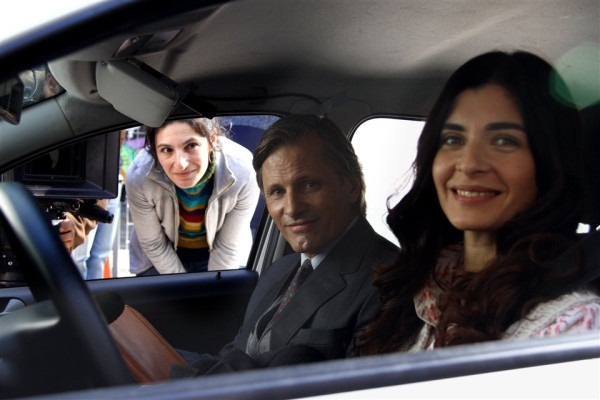 © Haddock Films.
Soledad Villamil plays Claudia, Agustín´s wife, one of the brothers portrayed by Viggo, and her character moves in the city and interiors that will be filmed in a set in Alicante, Spain. "They are a husband and wife who have been together for quite a time and at the beginning you see them with problems, with him immersed in a bad state of mind situation. A death takes place, Claudia is left as witness and is trying to understand what happened. She is the eyes of the audience, the one who wants to discover what happened."

Villamil says that Ana sent her the script and " the story interested me very much. The film has a very special development, a lot of atmosphere. I knew from the start that Viggo would be in it, since he is a main key to the project. He was in it before anybody." The obvious question is how it was to work with him. And although they filmed during three days (they will do more in Spain), "when hearing his name one imagines how that meeting will be. At work he is one of the crew, a great workmate, deeply involved in the film in every aspect and not only with his character. He is a person with enormous warmth and great honesty. We rehearsed, we read the script, we got to know each other a bit and build up a relationship as people." As for the scenes in particular, the actress from El secreto de sus ojos said to have felt "very comfortable from the start. I like him as an actor, he goes beyond the screen. He has an impressive level of communication. I was interested to know how he faces work, someone who comes from filming with Cronenberg. And the truth is he is very professional, very serious on the set, and he knows very well how to control his energy."

About the future of Todos tenemos..., the actress (increasingly dedicated to her musical side and about to go on tour) says she doesn´t have any idea about what can happen, just as she never imagined that, because of Campanella´s film, "I was linked to something people had experienced very intensely, because what happened with the film was extraordinary." She adds: "It´s a thoroughly Argentinian film: script, cast, crew, even Viggo himself. I hope the road it will walk will be the best".
Top of this page
Last edited: 8 July 2011 15:02:23
© Clarín.