By Rocío Garcia – translated by Ollie, Rio and Zoe 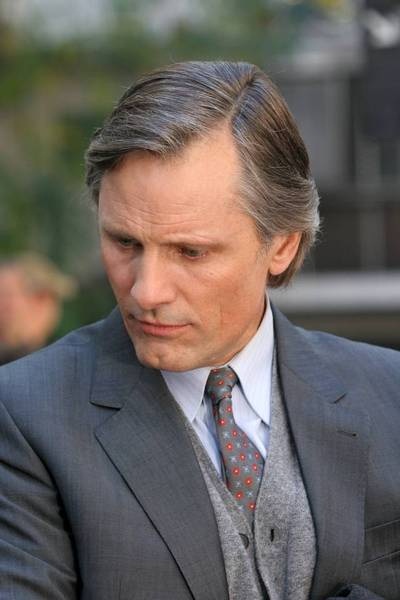 © Haddock Films.
A doctor who helps his brother die and then takes on his life. A man who distances himself from his previous life to live at the edge of the law, in a world that borders on criminality. There he will discover new friends, and get involved with people very different from the ones he was used to. The participation of Viggo Mortensen, quite an internationally well-known actor, has jump started a film with an impeccable script that had been seeking production for a long time, Todos Tenemos Un Plan.

Written and directed by the Argentinian, Ana Piterbarg, Todos Tenemos Un Plan begins filming in a couple of weeks in el Tigre, the area of marshes and rivers in the province of Buenos Aires, and later moves to Ciudad de la Luz in Valencia. The film, a Spanish-Argentinian co-production, signals the return to the Spanish screen of the American actor after his participation in Agustín Díaz Yanes' Alatriste in 2006.

In case anyone says that the presence of a known and well-respected face on the big screen is not important: Ana Piterbarg met with Mortensen and, just like that, offered him the lead role in her story. The actor read the script and quickly accepted the offer. He loved it. Everything else fell into place. "The project has clearly emerged strengthened by Viggo's presence," confessed the producer, Gerardo Herrero, who even signed an agreement for international distribution of the film with Fox International at the recent Cannes Film Festival. Viggo Mortensen, 52, and raised in Argentina, vaulted to world fame after years and years of making good films, thanks to his participation in the trilogy, The Lord of the Rings. His work under the direction of David Cronenberg with Eastern Promises and A History of Violence was universally praised by critics and audiences. One of his last appearances on the big screen was in the film, The Road, based on the novel of the same title by Cormac McCarthy.

In case anyone says that work on the script doesn't matter: Three years ago, Ana Piterbarg arrived with her first version of the script at the courses that are organized every fall by the Fundación Carolina and the Casa de América de Madrid, and that are directed by Gerardo Herrero. She continued working on the script throughout those years, also winning the Julio Alejandro prize awarded by the Sociedad General de Autores at the Festival de Málaga. "It's one of the best scripts I've read in a long time," says Eva Cebrián, film director of Televisión Española, the channel that has already purchased the broadcast rights to Todos Tenemos Un Plan.

The film, a thriller about assumed identities with an unexpected twist, takes place in the marshy, island-filled area of el Tigre, where canoes are the only form of transportation. Viggo Mortensen plays the part of the two brothers, one of whom, a doctor, helps the other die, and it is in that moment that he has to assume the identity of the deceased brother. What he finds in the rise and fall of the waters of el Tigre has nothing to do with his previous existence. The movie, produced by Tornasol Films and Haddock Films, has a budget of four million Euros.