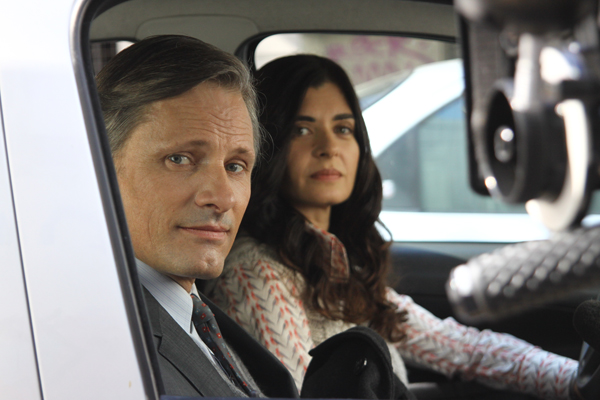 © Haddock Films.
Todos Tenemos Un Plan tells the story of Agustín, a man desperate to abandon what to him, after years of living in Buenos Aires, has become a frustrating existence. After the death of his twin brother, Pedro, Agustín intends to begin a new life taking his brother´s identity and going back to the mysterious Delta region, in el Tigre, where they both lived when they were little. However, shortly after his return, Agustín finds himself inadvertently involved in the dangerous criminal world his brother was part of.

The film is set in a characteristic Delta landscape, a labyrinth of islands and rivers that in times past acted as the entertainment parks of the Buenos Aires' elite and where mansions in the French and English style can still be found along the canals, reminiscent of the affluence which the place enjoyed long ago. But close to the marshes, there are darker, more hidden corners, where those outside the law impose unwritten rules of conduct and codes of silence. It is in these dangerous backwaters which have always served as the hiding place of criminals and outcasts, where Agustín will fight to survive, reinventing himself in order to leave the past behind.

Born in Buenos Aires in 1971. Graduated in 1998 from ENERC, the Center for Experimentation and Film Production at the National Institute of Film and Audiovisual Arts, with a degree in film scriptwriting. In 2008, her feature-length script Todos Tenemos Un Plan won the Julio Alejandro prize, awarded by the SGAE in conjuction with the Buñuel Institute and the Writer's Foundation of Spain.

In 2009-2010, she directed the digital fiction film El Delirio de Andreas, currently in the post-production and editing process. In 2007, she directed the documentary series Mestizo, una Historia del Arte Latinoamericano, for the Argentine Ministry of Education's channel ENCUENTRO. In 2006 she completed Glorias de mi ciudad, a series of documentary programs about artists in the fields of music and dance in Buenos Aires, hosted by the comedy actor Fabio Alberti. Those programs were broadcast on the station Ciudad Abierta, supported by the government of the City of Buenos Aires.

In 2004, she lived in Santiago,Chile, brought there by the Chilean production company Roos Film and Sony International Pictures, where she directed two television comedies: Loco por ti (adaptation of the sitcom Mad About You), and Los Galindo (adaptation of The Shefferson) [sic - The Jeffersons]. In 2003, she directed Malandras, a daily TV comedy show produced for Channel 9 by Alejandro y Sebastián Borenstein. She wrote and co-directed (with Ricardo Piterbarg) the television pilot of La familia Podestá, a drama special with appearances by Valeria Bertucelli, Pablo Rago, María Fiorentino, Antonella Costa y Osvaldo Santoro.

In 2002, she wrote and directed the short film No Mires (super 16 mm), starring Dolores Fonzi. She won the 2003 Best Fiction prize within the framework of the Competition of Short Films on Women and Film. She acted as the assistant director of Los Guantes Mágicos (2002), directed by Martín Rejtman, and Adiós Querida Luna (2001), a feature-length film directed by Fernando Spiner.

Between 1998 and 2000, she worked as assistant director and later director of the daily series Gasoleros and Campeones de la vida. The latter received the Martín Fierro Best Dramatic Comedy prize for 2000. From 2001 to 2008 she worked as the instructor of the course "Directing and Production" at the TEA Imagen School.

The story of Todos Tenemos Un Plan takes place mainly in the particular Delta del Tigre setting, which undoubtedly is one of its main characters.

El Tigre is one of the seven largest deltas in the world, the only one that doesn't flow into the sea. From the mid XIX century, for a few decades, it had its moment of splendour with the arrival of the train, a period that up till now remains crystallized in the incredible English and French style mansions and big houses set on the main rivers.

With the passage of years and the coming of the automobile, el Tigre fell again into oblivion, and although it never stopped being one of the most attractive weekend locations for porteños, el Tigre to a large extent recovered its position as an ideal place to hide, as much for common criminals as for those who were fleeing state terrorism.

The story that the script of Todos Tenemos Un Plan tells arises for the most part from these particularities of place, added to my childhood memories of when I used to go and spend weekends and from certain stories of those who lived and still live in the islands.

This film tells the story of a man who in his middle age decides to abandon everything he has built up to that moment and begins the reckless and desperate search for a second opportunity.

Our main character travels the rivers in search of something unresolved that is still floating around from his childhood. Something that has determined his becoming an adult and that he can´t bear anymore. In this new world, while trying to seem like another person, he has to find out in what way [he] will join that small society he has chosen as his own. That community that has its own rules and establishes its own pacts of silence and exile.

I´m interested on working in the crime fiction genre, as the result of a violent world which to me is unavoidable, that at moments seems almost dazzling, as if this apparent escape from the system generated a discovery, the creation of something that never ceases to surprise because it´s heartbreaking, but also because it poses the possibility of, at least the attempt at, something different.