The Biography of Captain Alatriste 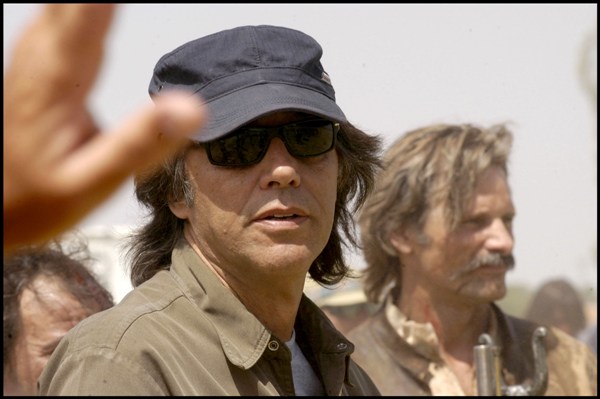 © TFI/Estudios Picasso/Origen Producciones.
The somber, courageous and lucid gaze of Diego Alatriste returns in the hands of filmmaker Agustín Diaz Yanes with the best DVD technology, and it does it to be part of our homes next to the books of its original author, Arturo Pérez-Reverte from whose adventure saga - the most famous in Spanish literature - came the script written by Yanes in 2006 for the film Alatriste.With a tremendous cast led by Viggo Mortensen, blessed by the director and the writer from Cartagena to give life to the veteran of the tercios of Flanders who just scrapes by as a hired swordsman in Madrid during the XVII century.

It's unusual for writers and filmmakers to enjoy a good relationship after an adaptation. On this occasion, the rule is broken and Agustín Díaz Yanes confirmed yesterday to ABC that "since then, we've kept up a great friendship. It was he who asked for me to make Alatriste with Antonio Cardenal - an exceptional producer and cinema buff - for which I thank him very much. At no time did we think that two or more films could be made out of the first five installments. The idea was to create the character's biography, because the whole world was aware of the saga The Lord of the Rings; even though years later, after some thought, I can't resist saying that I would have liked a five-hour film." I look at him, horrified, thinking about my kidneys, and nevertheless he insists, "I've exaggerated a little, haven't I? Even though I might say that to you, we have never proposed that to the public. For a long time we´ve been saying that people wouldn't put up with it. And before, why would they? As to the other results, the box office ones, it's estimated that they exceeded 16 million euros, and the DVD remained at the top of the best-seller lists for several months. In that respect, I can't give an exact figure; they didn't give it to us." In 2006, the film was the most expensive in the history of Spanish film. "In Spain, we are not accustomed to that kind of production. For a director, Diego Alatriste is a fantastic character of the sort that you don't encounter every day, whether it be masculine or feminine."

Diaz Yanes, an attentive reader of the saga, also went through a moment of panic when facing the character, "avoiding at the same time making a superhero out of him. Mercifully Arturo saw how things were going and didn´t object to it. It could have easily gotten out of hand. Besides, millions of readers had their own vision of how the captain had to be. We were enormously lucky with the appearance of Viggo Mortensen; it could be no one else! Even Arturo took things from Viggo for the next novel. That´s where we succeeded with the followers." He notes that we believe that film directors invented everything, "but to a great extent you depend on your actors. Viggo was so extraordinary that he surpassed everything that Arturo, and obviously I, could have thought. His physical presence on screen is tremendous, " he says emphatically.

The director tells us that he had a great time filming. "And look, to film that story is not something one does for amusement. But with such wonderful actors," (referring also to Elena Anaya, Unax Ugalde, Javier Cámara, Antonio Dechent, Blanca Portillo, Eduardo Noriega, Echanove, Ariadna Gil, Eduard Fernandez or Pilar Lopez de Ayala, among others), "it is a much loved film; that it's part of my filmography is a luxury."


Yanes has a degree in history, and for the period that he dealt with. "We gave the seventeenth century in Spain a great deal of attention and had stupendous teachers, but I think that Perez-Reverte is the greater expert. He may have one of the best libraries, and I consulted him about the small details. He was great about it and I took advantage of all of his knowledge." Time is on the side of this film. In part, in succeeding in getting the younger audience interested in the novels. England, Italy, and France spent a long time producing this kind of film, with excellent results, and in this field, Alatriste opened a door in Spanish film. "The reaction in France and Italy interested me. There, above all, intellectuals who were expert in the Baroque period, very prestigious people, welcomed it. It was very satisfying."
Top of this page
Last edited: 9 June 2010 14:05:43