The Passion of Darkly Noon Review 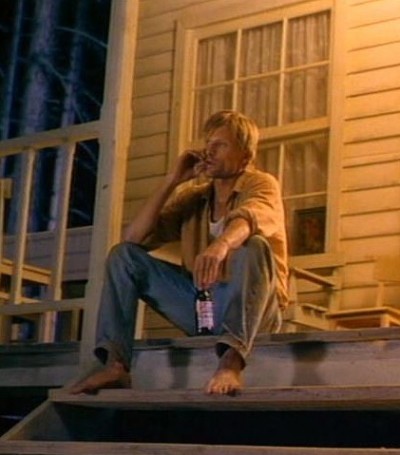 © Fugitive Features/Hauskunst/Keytsman Productions.
A backwoods religious allegory of obscure intent, The Passion of Darkly Noon puts a good cast to work on a tale scarcely worth telling. Although tangentially touching upon the sort of cultish fanaticism that has been in the news of late, handsomely made pic spotlights psychosexual obsessions and emotional hang-ups so far off the standard map that most viewers will simply shrug at the irrelevancy of it all. Not likely to gain critical support, this looks like a forlorn commercial entry in most markets.

Although not as twisted as writer-director Philip Ridley's first feature, 1990's The Reflecting Skin, new outing shares some of that film's preoccupations, such as the demonization of a young woman, perversion in grassroots America and sick religious symbolism of dubious profundity.

Setting up a sort of Adam-and-Eve situation in the opening reels, Ridley begins with the strangely named Darkly Noon (Brendan Fraser) lurching through the forest, Bible in hand. He winds up at the isolated rural home of Callie (Ashley Judd), a sexy, easygoing young woman whose man, Clay (Viggo Mortensen), is away for a while.

Once he recovers, the intense, naive and hunky Darkly explains that he was raised to live strictly by the word of the Bible, and that his parents have just been killed in a police attack on their religious community. Darkly clearly has had little contact with the outside world and certainly has never seen anything quite like the sultry Callie, who is most welcoming to the handsome stranger and whiles away the steamy afternoons in the skimpiest of outfits.

With nothing else to do during the long days and nights, Darkly works up a mighty obsession with the provocative young lady, who neither invites nor discourages the big kid's interest. Just as it seems Darkly's base impulses are about to get the better of his religious convictions, Clay returns, forcing Darkly to spend the nights listening to the libidinous couple making love.

Now practically out of his mind with torment, Darkly takes off into the forest, where he finds a nutty woman (Grace Zabriskie) who tells him Callie is a witch who killed her own husband and stole her son, who happens to be Clay. Incensed, Darkly confronts Callie, who relates a rather different version of what happened. The events lead to the demented young man's decision that the "time for my walk in the dark" has arrived.

That this silly story doesn't play as unintentional comedy is due primarily to the sobering influence of some solid actors. Fraser can't make Darkly a psychologically complex or very interesting character, but he does bring some gravity to the role that makes him tolerable. Done up unbecomingly as a bleached blonde, Judd still evinces some of the directness, openness and emotional honesty that made her debut performance in Ruby in Paradise such a dazzler, while Mortensen, Zabriskie and Loren Dean, as a local kid, are all fine. Shooting in widescreen, Ridley and cinematographer John De Borman have given the contrived drama a rich look. Lensing was entirely done in Germany with no loss in verisimilitude, given the confined locations. Nick Bicat's score is also effective.