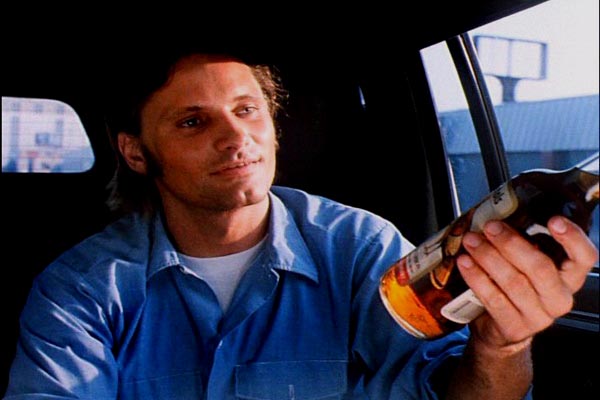 © Overseas Film Group.
American cop dramas like Black Rain (1989) and Year Of The Dragon (1985) awkwardly revealed the potential for a new kind of crime thriller, in which the criminal fraternities of the west meet their counterparts in the east, resulting in much violence and loss of life on both sides. This picture, directed by Frank A. Cappello (who went on to helm the Russell Crowe vehicle No Way Back), fulfils the promise of all previous movie excursions into underworld culture shock, and sets a new standard for excitement and the presentation of stylish action, that certainly takes some beating, even over a decade later.

Although American Yakuza received only a direct-to-video release when it first appeared in the UK, the film is unquestionably a first class act boasting strong performances, a compelling if somewhat fantastic plotline, and numerous quite exhilarating gun battles - staged with a remarkable flair that rivals anything by John Woo. The story concerns an FBI agent (Viggo Mortensen of Carlito's Way, G.I. Jane, Crimson Tide, the Psycho remake, and that bloody unavoidable Tolkien trilogy) who infiltrates a yakuza clan that are about to take over mafia rackets in the USA. Our hero lands in the middle of an escalating gang war and, when his loyalty to the feds is undermined, he appears to change sides, seduced away from his duty by the yakuza's code of trust and honour.

Favourably compared to Rising Sun (1993), which this 'rising gun' successfully eclipses as both drama and actioner, American Yakuza serves up a remarkable cocktail of 'outsider' tensions, authentic insights into gangster customs (courtesy of some real-life yakuza advisors to the production) and bags of impressive stunt work. One for action fans to savour, this is a truly stunning thriller!