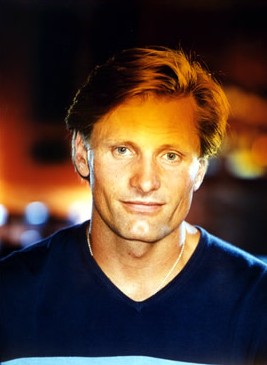 © Columbia Pictures Inc.
Remember when alcoholics really were anonymous? The 12-stepping of America is now such a noisy, public process that those who've never been within 50 miles of a rehab center may feel as if they can anticipate everything that happens to Sandra Bullock in 28 Days, an alcoholic-recovery drama I'm tempted to describe as disarmingly...well, spirited.

Bullock plays Gwen Cummings, a high-flying New York party girl who crashes to earth after one too many binges. At the beginning, we see Gwen in full, degraded celebration mode: guzzling a few wake-up brewskies and showing up late for her sister's wedding, where she does a giggly body slosh across the dance floor, finally tipping over backward right onto the wedding cake. ''Don't worry,'' blurts out Gwen. ''I'll replace it!'' Astoundingly, she doesn't even realize that she's out of control. By the time she is done inflicting her damage, she has driven a limo into someone's house, and she is then ordered, in lieu of jail time, to spend four weeks at Serenity Glen, a sprawling woodland detox-and-rehabilitation compound where the motto is ''Mind Body Spirit.''

At first, the place looks like a touchy-feely New Age horror. The patients gather in groups, arms clasped, as they engage in earnest sing-alongs of ''Lean on Me'' or yell out cheerleader slogans like ''Together! Together! Nooooo drugs!'' Cleverly, the movie invites us to snicker at these soft-soap communal hugs; we're taking them in through Gwen's eyes -- through the righteous, skeptical armor of her denial. Even without booze to light her up, she's a firecracker, exploding in defiance at a world that refuses to live up to her wishes. Bullock, vivacious as she is, has always had a spikiness to her, a dash of feisty annoyance, but that quality has just made her seem a petulant pixie in bad movies like Speed 2 and Forces of Nature. She needs a conflict worthy of her high dander, and 28 Days, written by Susannah Grant (Erin Brockovich) and directed by Betty Thomas (Private Parts), provides it.

At Serenity Glen, Gwen is forced to conform, to be friendly, to stop short-circuiting people with her nanosecond attention span. She spars with the clinic's tough-love counselor (Steve Buscemi), who knows how to decipher each addict's unique con artistry, and gradually, after a misbegotten escape attempt, she adapts to the rituals: the mop-and-bucket work detail; the daily viewing of Santa Cruz, a soap opera in which the characters' drama-queen lives are like a purple parody of the ones in rehab. In group therapy, Gwen locks horns with such fellow lost souls as the kvetchy, self-hating Daniel (Reni Santoni), the no-nonsense Roshanda (Marianne Jean-Baptiste), and a cuddly gay German nerd named Gerhardt, played, with discombobulated panache, by Alan Tudyk. Gwen is such a pill that they all gang up on her, until she warns them to ''back the f--- off!'' Suddenly, as if part of a conspiracy, everyone breaks into applause for her ''good work.'' It's a funny, bracing moment. As 28 Days reveals, the goopy recovery-speak, with its hint of cultishness, may be stilted and dehumanizing, but that's part of why it's effective. It's there to break down the addict's most precious and destructive weapon -- her renegade selfishness, her pride.

The movie could have used a few more of those moments. Nothing that happens in 28 Days rings false, exactly, but too much of Gwen's recovery is generalized in a pat, instructional, case-study sort of way. Her roommate (Azura Skye), a morose 17-year-old heroin addict, is one of those cautionary characters who might as well have ''Doom Generation'' tattooed on her forehead, and Gwen's private turmoil is revealed almost entirely through childhood flashbacks to her sozzled, good-time-floozy mom. After a while, Gwen develops a flirtation with a rehabbing baseball star (Viggo Mortensen), who's a clean-cut, sweet-talkin' dreamboat. He's the film's all too convenient way of letting her ease herself out of her relationship with her boozer boyfriend -- played, with piercing jadedness, by Dominic West.

Bullock gives it her all; she's bristling and alive on screen in a way that she hasn't been since Speed. What's missing from her acting is what's missing from the movie, namely a deeper, more probingly confessional sense of Gwen's demons -- of what, precisely, the escape of alcohol has meant to her. When Michael Keaton played a cocaine-and-booze hound in the similarly structured Clean and Sober (1988), you felt that you knew every neuron of his twitchy, cross-wired defense system. In 28 Days, there is plenty of squalid bad behavior, most of it depicted with engrossing honesty, but we don't get close enough to the inner trauma from which it emerges. It's as if the movie itself had already been through rehab.