A Sort Of "Lost Weekend Lite"

Source: Variety
28 Days plays like a "Rehab Is Good for You" promo feature offering the audacious suggestion that it's preferable to live life with a clear head than with addictions and hangovers. Watching the ever-likable Sandra Bullock ride a predictable roller coaster from substance-abusing party girl to scornful rehab cynic to sober reformed citizen gives this smoothly made picture whatever appeal it possesses, but it's a superficial, no-rough-edges account of a process that's got to be a lot tougher than the month-in-the-country picnic depicted herein. Sony will have to depend upon good response from Bullock's reliable, femme-heavy fan base to reach the star's customarily solid midrange grosses with this schematically conceived star vehicle. 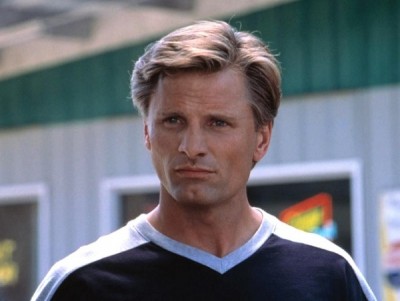 © Columbia Pictures Inc.
After hitting the bull's-eye with Erin Brockovich, screenwriter Susannah Grant shows she's still got a few things to learn about developing subplots and bringing supporting characters to life. In form and content, this familiar-feeling drama is no different from what easily could have been a telepic starring Cheryl Ladd or Jaclyn Smith a few years ago.

Set-up - a hip young woman slipping past the realm of self-control without realizing it - is rife with possibilities, but pic doesn't begin to fulfill them, taking the dramatic road of nonconfrontation even as its heroine goes around wearing a sign that reads, "Confront me if I don't ask for help." Filmmakers could have used a little assistance themselves.

Live-for-tonight Greenwich Village scenester Gwen Cummings (Bullock) hits bottom when, under the influence of booze and pills, she ruins the formal wedding of her sister, Lily (Elizabeth Perkins, playing stern and wounded), finally commandeering the honeymoon limo and crashing it into a house. Faced with jail or rehab, she takes the latter, albeit with a determination to avoid its rules and rituals to the fullest extent possible.

Easy laughs and viewer identification with Gwen are milked during her indoctrination at Serenity Glen, a rural enclave where all the chanting, hugging, hand-holding, soul-baring and singing of dippy songs naturally looks ridiculous from an outsider's point of view. Stuck with a teenage drug addict, Andrea (Azura Skye), as a roommate, Gwen chafes at some of the rules (no cell phones or caffeine), sits sullenly during group sessions, gets wasted with her dissolute but charming British boyfriend, Jasper (a persuasive Dominic West), when he comes to visit armed with contraband goodies (and remarks with mock disappointment, "Where are all the celebrities?"), and generally adopts a holier-than-thou attitude toward her fellow addicts, who are at varying stages of recovery.

Recognizing her denial game in a second is top counselor Cornell (Steve Buscemi), who not only has seen thousands like Gwen come and go but has been through the mill himself. Given pause by his threat to send her to jail if she doesn't shape up, Gwen begins to see the light when she injures herself climbing down a tree from her second-story window in pursuit of some pills she earlier threw to the ground.
Fueled by a new determination, as well as by some flashback memories of her abusive, alcoholic mother who died when she was a girl, Gwen finally gets with the program and succeeds to the extent that she is able to refuse the champagne Jasper proffers on his next visit. Gwen's progress from this point forward is essentially preordained and dull.

A major problem is the lack of distinction developed in the numerous supporting characters. Unlike a classic such as One Flew Over the Cuckoo's Nest or even the recent, so-so Girl, Interrupted, both of which featured numerous inmate characters who made quick impressions and subsequently achieved some depth, 28 Days is remarkable for how one-dimensional almost everyone but the lead remains.

The casting of Buscemi as the no-nonsense rehab supervisor at first seems like an inspired stroke, given the baggage of excess and weirdness the actor carries from previous roles. But the part never emerges as an important one, giving him no chance to color it in a personal way.

Despite some strong dramatic opportunities, Skye's Andrea remains a cliche of teen angst and insecurity, while such capable character actors as Reni Santoni, Marianne Jean-Baptiste and Michael O'Malley aren't able to take their roles beyond the single defining characteristics assigned by the script.

In the comic relief part of an exotic dancer dealing with coke addiction, Alan Tudyk delivers a turn that resembles nothing so much as a parody of a mincing German sissy that Peter Sellers might have done 35 years ago.

A bit more substantial in the end is Viggo Mortensen, appealingly underplaying the plausible part of a star baseball pitcher, accustomed to boundless adoration and sexual opportunity, who's got to do time in rehab before returning to the game. He and Gwen form a kind of rocky rapport that, fortunately, does not follow a path toward sappy, mutually restorative romance, but does give Gwen a clearer perspective on the decisions she'll have to make once she returns to real life.

A very silly final scene, however, squashes whatever meager seriousness the film has generated in the home stretch.

Bullock is required to hit more varied notes here than usual, and she shifts gears with apparent ease. All the same, the script never asks her to go deep, and director Betty Thomas, herself changing pace after a series of hit comedies, demonstrates a constant desire to please rather than to push the material into the rough and dangerous waters that would have made it bracing, illuminating and worth one's time.

The film is reticent even on the nature of Gwen's livelihood; production notes state that the lead character is "a successful New York writer," but the finished film offers only one passing reference to Gwen's profession, with no detail as to whether she's good at it, published, blocked, into fiction or journalism.

It also would have helped if the character had been written as being a little smarter, in addition to simply feeling superior; this could have improved the quality of her sarcastic remarks and provided more interesting reflections upon the changes she undergoes.