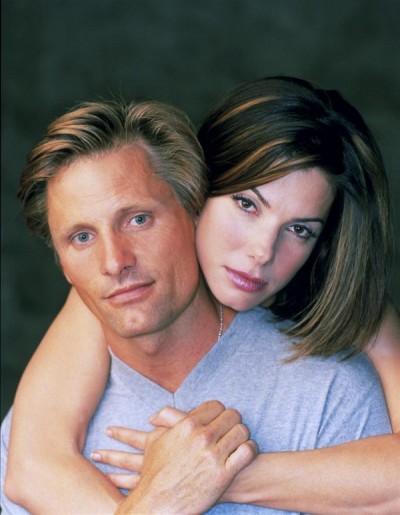 © Columbia Pictures Inc.
Shocked, I'm shocked, that Sandra Bullock - lovable Sandy - would play a falling-down shitfaced drunk. I'm surprised, pleasantly surprised, that she does it with such blunt honesty. Bullock stars as Gwen Cummings, a Manhattan entertainment reporter who parties hard with her charming Brit boyfriend, Jasper (Dominic West). And not just at the clubs. During the wedding of her sister Lily (Elizabeth Perkins), Gwen bangs a few back, dances wildly, knocks over the wedding cake and plops on her ass right into the frosting. Stealing a limo to buy a new cake, Gwen is picked up for drunken driving and ordered to do twenty-eight days in rehab.

Adorable, huh? Gwen thinks so. That's her problem. 28 Days, with a tart script by Susannah Grant (Erin Brockovich), gives the rehab genre a fresh twist. Director Betty Thomas doesn't aim for the deep, soul-searching dramas of alcoholism, such as The Lost Weekend and Leaving Las Vegas. You could call 28 Days a comedy, since it generates lots of laughs, but Thomas never treats Gwen's problem as a joke. Bullock makes Gwen something new in a movie lush: a sweetheart people don't like to offend. Except for Lily, friends grin at Gwen's antics or look the other way, or, like Jasper, pour her a drink. Gwen is oblivious. Rehab opens her eyes, just in time.

It also opens the door to cliches. Many of Gwen's fellow addicts at Serenity Glen are the usual suspects. There's Gerhardt (Alan Tudyk), a German stripper hooked on coke, and Bobbie Jean (Diane Ladd), a ... oh, you get the idea. And isn't it convenient that Gwen runs into charismatic Eddie (Viggo Mortensen), a baseball hottie who happens to be in treatment for sex addiction? Astonishingly, Thomas - an actress (Hill Street Blues) who turned to directing with some wonderfully oddball results (Private Parts, The Brady Bunch Movie) - keeps the joint jumping. Any movie that casts the great Steve Buscemi as - get this - a counselor is the right kind of crazy for me. Bullock does a fine job of showing the haze lift from Gwen's eyes as she encounters her first string of days of being sober. At first, Gwen uses Jasper's visits as a chance to sneak out for sex and a snort. But when she returns home - minus the alcohol - the drinking partner she loves becomes a danger to her. Jasper can handle his liquor, Gwen cannot. 28 Days is sharp enough to see the difference, compassionate enough to care and deft enough to combine humor and heartbreak in just the right doses. Count this rehab a success.
Top of this page
Last edited: 12 July 2008 09:20:58