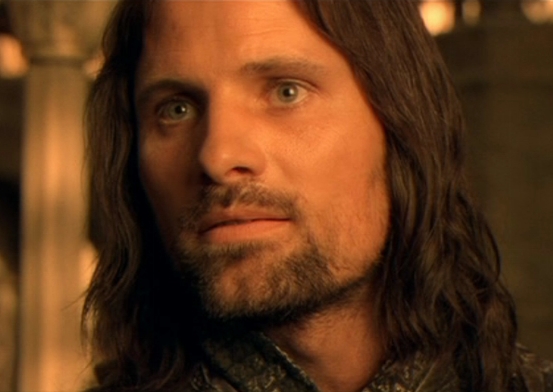 © New Line Productions Inc.
Banish those Harry Potter comparisons from your brain. Peter Jackson's long awaited movie adaptation of The Fellowship Of The Ring may be based on a hugely popular book and involve wizards, magic, monsters and special effects galore, but it has as much to do with Potter as The Famous Five has with Saving Private Ryan. In fact, given both its atmosphere of impending doom and all the limb-hacking and bone-cracking on display, it's amazing that Fellowship managed to scrape a PG-rating (albeit one with a special note to warn it's too heavy for under-eights). This isn't some happy, kid-friendly adventure - it's the story of how an entire world is plunged into war.

Well, to be precise, it's the story of how that war starts, focusing on the first stage of unassuming hobbit Frodo's (Elijah Wood) quest to take down the dark lord Sauron by lobbing his magic ring into the fires of bad guy stronghold Mount Doom. On the way we meet a wide array of supporting characters, including fiery tempered dwarf Gimli (John Rhys-Davies), fiesty she-elf Arwen (Liv Tyler), rugged, heroic ranger Aragorn (Viggo Mortensen) and powerful wizard Gandalf (Ian McKellen).

Sadly, though, in true first-part-of-series fashion, we don't really have time to get to know many of them properly, despite the hefty, three-hour running time. This, though, is The Fellowship Of The Ring's only weakness; if you haven't already read the book, then the whirl of fantastic names, references and brief introductions will leave you a little confused. However, this isn't to say Jackson and co-writers Fran Walsh and Philippa Boyens have botched the adaptation. Far from it - it's hard to see how anyone could have better condensed JRR Tolkien's text, with Jackson and the others keeping the dialogue true to the book without it sounding overly theatrical or campy. It's just that there's so much to take in, those who aren't Tolkien-savvy will have problems catching some of it on the first bounce.

Of course, chances are you'll be so swept away by Jackson's ambitious realisation of Tolkien's world, you won't be bothered too much by missing the odd plot detail. This isn't the pristine, obviously digitised universe of The Phantom Menace, but something grittier, darker and far more immersive. Effects house Weta seamlessly blends the beautiful New Zealand landscapes with some Oscar-beckoning virtual creations, and shows admirable restraint with CGI, relying more on more traditional make-up effects when pixels aren't really needed.

Then there's Jackson's deft handling of the action, keeping things pacey despite several rest-stops, and delivering some feverish, frenetic swordplaying set-pieces. Most notable is the Mines Of Moria sequence, which is surely up there with Gladiator's chariot battle and The Matrix's lobby shoot-out in terms of action movie high points. With its scurrying goblin army, roaring cave troll and the towering, flame-whipping Balrog, it'll jam your heart in your gob and hold it there, beating wildly, for a good half-hour.

But as too many plopbusters have reminded us, great effects simply aren't enough. So you can thank the gods that Jackson has assembled a strong, spark-striking cast, who do far more than simply stand in front of a blue screen and drone their lines at a spot slightly to the left of a yet-to-be-conjured CG image. Wood, in particular, handles Frodo's descent from happy-go-lucky adventurer to tragedy-courting hero with subtlety and sensitivity, while the relatively unknown Mortensen perfectly captures Aragorn's rugged charisma and mystique. But it's McKellen's Gandalf who really stands tall. It must be hard to play someone who you're told brims with power without making it too hammy, but McKellen manages it effortlessly. Gandalf may be a fearsome, spell-slinging wizard, but, thanks to McKellen, he's easily the most accessible and 'human' character portrayed.

Pointed hats off to Jackson, then, for delivering on his promise to stay faithful to the book and produce a movie that'll make the hairs on your feet tingle, rather than unleashing another horrendous sword-and-sorcery clag-beast. George Lucas and Chris Columbus should take notes, because this is fantasy film-making at its spine-shivering best. Roll on The Two Towers...
Top of this page
Last edited: 19 December 2007 04:46:48