An Epic That Lights Up The Screen

Source: Rolling Stone
At the last minute, Hollywood saves its ass with an epic that lights up the screen with adventure and excitement for three hours. 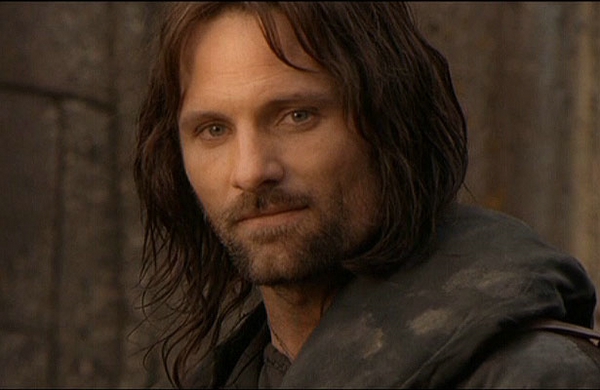 © New Line Productions Inc.
I don't know about those light-up Lord of the Rings glass goblets from Burger King. But I do know this: The Fellowship of the Ring, Episode One in Peter Jackson's three-part screen version of the massive tome that is J.R.R. Tolkien's The Lord of the Rings, really gets those pages dancing. We'll have to wait another year for The Two Towers, and still another for The Return of the King. But what a kickoff. Fellowship is the real deal, a movie epic that pops your eyes out, piles on thrills and fun, and yet stays intimately attuned to character. Even when the film hits bumpy patches, it never flies off the rails. After the close of a year of botch jobs - The Mummy Returns, Jurassic Park III, Lara Croft: Tomb Raider - Jackson is the wizard who gets it right.

The Fellowship of the Ring begins with an eight-minute prologue setting up the legend of the ring. It's Tolkien for Dummies, without the snotty condescension. What really needs introduction is Jackson. This forty-year-old New Zealander made his name at home turning out cleverly gross horror cheapies until 1994, when he directed Heavenly Creatures, the mesmerizing true story of two teenage girls whose love drives them to murder. That film's success won him a Hollywood deal in 1996 to direct Michael J. Fox in The Frighteners. The movie flopped, and yet Jackson, who had never worked with a budget larger than $16 million, was tagged to film the Lord of the Rings trilogy back-to-back-to-back at a cost nearing $400 million.

Working in New Zealand with his own crew, away from the Hollywood sharks, Jackson pulls off a directing coup that should give George Lucas pause. It's an amazing achievement, with a script by Jackson, Fran Walsh (his wife) and Philippa Boyens that never allows computer-generated marvels to overwhelm the personal story. Jackson is the ringmaster of the year's wildest spectacle. He does it up proud.

As for the plot, no way can 1,000-plus pages of Tolkien (he was an Oxford don who specialized in Old Norse, for Pete's sake) be distilled succinctly. But here's the setup: A ring with the power to destroy the world has passed from the dark lord Sauron to Frodo Baggins (Elijah Wood). Frodo is a hobbit, a munchkin-short, sweet-natured, furry-footed species with a love of peace and of smoking pipeweed. Gandalf the good wizard (Ian McKellen) tells Frodo it's his mission to travel east to Mordor to dump that ring into Mount Doom. Frodo takes along three fellow hobbits, Sam (Sean Astin), Pippin (Billy Boyd) and Merry (Dominic Monaghan); two human warriors, Aragorn (Viggo Mortensen) and Boromir (Sean Bean); the archer elf Legolas (Orlando Bloom); and the dwarf Gimli (John Rhys-Davies). Counting Gandalf, who's having his own problems with the corrupted wizard Saruman (the great Christopher Lee in fine horror fettle), that's nine in the fellowship. The good nine are being chased by nine Ringwraiths, dark riders on dark horses.

The Ringwraiths are fantastic-looking, and scary. Frodo escapes them by putting on the ring, which makes him invisible; the ghost world he enters is even scarier. And I haven't mentioned the giant cave troll that knocks the bejesus out of Frodo and his boys when they enter the mines of Moria. Or the foul Orcs, with their rotting flesh and teeth.

These action sequences play like gangbusters. And when Gandalf faces the winged demon Balrog on a bridge and thunders, "You shall not pass!" well, even the Taliban would quake. McKellen is witty and magisterial in the role, an enviable combo. It's a terrific performance.

What doesn't work? Some characters are underdeveloped, notably the ladies. As Arwen, the elf princess, Liv Tyler sounds cute speaking Elfish, but she fails to give her role a pulse. This is hell on the romance, of which the film has precious little. Arwen's elf-king dad, Elrond (Hugo Weaving), knows that if his daughter marries Aragorn, the human she loves, she will lose her immortality. But despite the lushness of Andrew Lesnie's cinematography and the shimmering beauty of Howard Shore's music (a model in epic scoring that shames John Williams' Harry Potter mush), the love story falls flat. It's even more of a shock that the reliably excellent Cate Blanchett lacks magic as the elf queen Galadriel; sadly, all the scenes in the elf land of Rivendell have that overlit theme-park tackiness.

All is well again when Jackson plunges into darkness and the characters test their moral mettle against the power of the ring. Frodo, who begins the film as the ward of Bilbo Baggins (Ian Holm), develops in maturity as the story progresses, and Wood plays the role with soulful conviction. Mortensen, in the film's best performance, brings heroic stature to Aragorn, befitting a man descended from kings. Aragorn's conflict with Boromir, given haunting complexity by Bean, strikes at the essence of brotherhood and roots the film in emotion. It's emotion that makes Fellowship stick hard in the memory. Jackson wisely ends the film not with fireworks but with a small scene that cements the friendship between Frodo and Sam, a character of growing importance that Astin portrays with just the right notes of fun and feeling. Jackson deserves to revel in his success. He's made a three-hour film that leaves you wanting more.
Top of this page
Last edited: 18 December 2007 14:30:14