Source: People
A nude knife fight? Nothing's too risky for the brooding star of the thriller Eastern Promises. 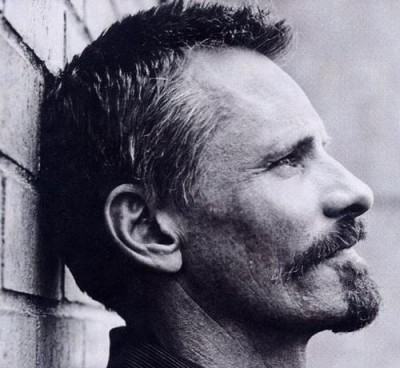 People magazine, 10.1.07
Image Matt Jones.
© Time Inc.
Don't mess with Viggo Mortensen. As Aragorn in the Lord of the Rings trilogy, he was every Orc's nightmare. In director David Cronenberg's A History of Violence, he took out a mob of mobsters. And in Cronenberg's Eastern Promises, he slays gangsters in a bloody bathhouse brawl that will have you avoiding public showers. Still, the quiet 48-year-old star tells People's Nastasha Stoynoff he's a lover, not a fighter.

So, how was fighting nude?

I'd be lying if I said it wasn't a little awkward. I felt somewhat...vulnerable.

Especially with all those knives...

Yeah, it's a man's worst nightmare.

You play a Russian mobster. How did you learn the language so well?

We were shooting in London and my hotel room had a 24-hour Russian channel, so I just left it on all the time. I watched movies, variety shows, very strange soap operas.

What's the oddest place you've ever been recognized?

I was in Iceland with my son [Henry, 19] once in the thermal pools south of Reykjavik. We were floating, and, all of a sudden, this man wearing no clothes comes out of the mist with a soggy piece of paper and asks for an autograph.

We drifted over to some rock so I could write. Strange.

Speaking of scary, you cut off a guy's fingers in this movie.

It's just another day at the office for my character. That's what is more disturbing than the actual snipping.

And when you watch it onscreen?

I go..."ooohhhhh, God!!" It gets to me as much as anyone. There's a philosopher, Alfred Korzybski, who said, "God may forgive your sins, but your nervous system won't."

Can you let go of your characters' sins?

Probably not...I have a lot of points against me, I guess.