At The Movies - Eastern Promises 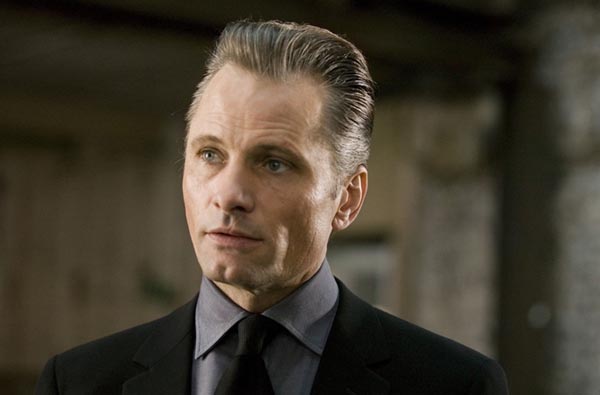 © Focus Features.
"London - the city of whores and queers," sneers evil Russian 'Godfather' Semyon during this disturbing yet thrilling film from David Cronenberg. Painting a relentlessly bleak picture of the capital's landscape as experienced by Eastern European immigrants, Eastern Promises is a visceral and cerebral masterpiece depicting both the compassionate and monstrous aspects of the human condition.

We follow the plight of kind-hearted nurse Anna (Watts) as she searches for the truth after a 14-year-old Russian girl dies after giving birth. In possession of the deceased's diary, she is led to a restaurant owned by the outwardly charming Semyon (Mueller-Stahl), along with his troubled son Kirill (Cassel). They are involved in deadly gang warfare within the city, often leaving chauffeur Nikolai to do the dirty work. But when they learn of the diary, packed full of incriminating and disgusting truths about them, they are desperate to ensure it never sees the light of day. But can they prise it off Anna before her drunken Russian relative can translate it?

From its genuinely shocking throat-slitting opening to a harrowing fight to the death in a sauna, Cronenberg lives up to his reputation as the 'master of body horror'. In the past, his work often required science fiction and fantasy to bring out his craftsmanship, but grounding his work in contemporary reality arguably brings out more pure horror elements. This functions in conjunction with a narrative that highlights the grim, heartbreaking reality experienced by eager-eyed young Russian immigrants hoping for a better life in England's capital, but ultimately led into humiliation, prostitution and a tragic demise.

Eastern Promises, alongside his previous film A History Of Violence showcases his ability to bring out cracking, multi-layered performances from the cast. Naomi Watts excels in her very unglamorous role, but Viggo Mortensen's portrayal of laconic chauffeur Nikolai is truly astounding and keeps us guessing the true nature that lurks behind his shades.

As comfortable slicing up body parts as he is behind the wheel, Nikolai embodies the central exploration of mankind's moral duality as he flits between acts of kindness and malevolence. "How can you keep doing what you're doing," asks Anna. "I'm just a driver," comes the blunt response. A genuinely surprising twist during the denouement also serves to heighten our response towards the character.

Armin Mueller-Stahl is superb as the despicable head of the family, whilst Vincent Cassel's portrayal of his son cleverly brings out an underlying impotence and homosexuality eating away at his battered soul. London - the city - also deserves a strong mention, for Cronenberg masterfully brings out an air of desolate menace lurking amongst the grey streets and muddy banks of the Thames.

Eastern Promises is an utterly engrossing story laden with magnificently understated performances, a compelling narrative and sublime direction. Quite possibly the best film of the year, it is to be seen at all costs.
Top of this page
Last edited: 23 November 2007 15:16:09