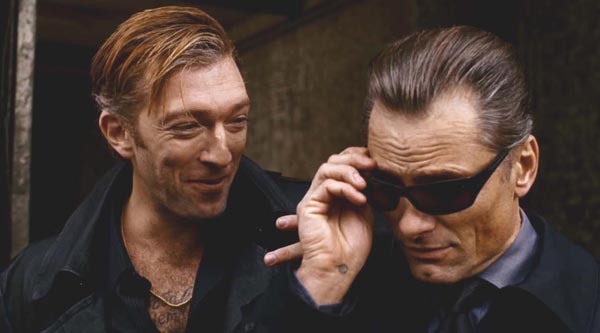 He does not disappear alone for two weeks to meet the Russian mafia in the name of research.

But Viggo Mortensen, best known for his portrayal of Aragorn in the Lord of the Rings trilogy, claims to have done just that for his role in Eastern Promises, the film which opens The Times BFI 51st London Film Festival in Leicester Square tonight.

It is the actor's second collaboration with the director, David Cronenberg, following their critically acclaimed 2005 film, A History of Violence.

Mortensen plays a mobster working for a Russian gang in London, and to hone his portrayal he travelled to Moscow, St Petersburg and the mountain villages of the Urals.

He refused to take an interpreter, relying on gestures and his own facility for languages - he speaks Danish and Spanish fluently and can get by in four other languages.

"I know everyone was a little bit worried because I disappeared for two weeks," he said. "They said I should have someone go with me into the underworld, but the whole point was not to get a filtered version of what Russians do and what they're like.

"I just wanted to draw my own conclusions. I met a lot of people and talked to them. I met people who had experiences in prisons and understood more about street slang. They helped me tweak some of the dialogue.

"Then I found someone who had a car and he took me into the countryside and to these villages. There I saw how these mobsters looked at each other and how they lived. I also drank a lot of vodka."

It was not until the last day of his trip that his cover was blown. "A little boy started staring at me, then he pointed and whispered, 'Aragorn?'"

Steven Knight, who wrote the script for Eastern Promises, said that the actor's immersion in the part had been "amazing". He added: "To put yourself at risk like that is incredible."

The film started life as an idea for a BBC television project about people-trafficking from Eastern Europe. Knight developed the storyline after meeting an ostensibly respectable Russian who was doing Pushkin readings in a London restaurant.

"He introduced himself as a leading figure in the Russian community. Then his friends started to arrive. All the men wore leather jackets. All the women wore fur coats. They were not normal people. It was very sinister."

Knight was nominated for an Oscar in 2004 for the screenplay to Stephen Frears's film Dirty Pretty Things, a cinematic look at immigrant life in the capital.

"If you look at any minicab in London the story of the driver is nearly always more interesting than the story of the passenger. Yet it's always the stories of the passengers that get made," he said. "I think London is more interesting to write about now than it has been since Dickens's day - it is again that wild, that rich and that mad."
Top of this page
Last edited: 20 November 2007 11:33:00