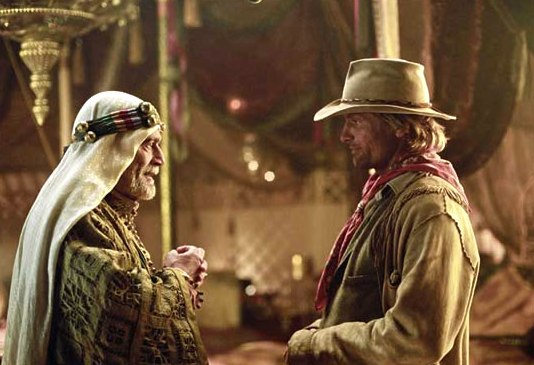 Their mutual respect grows steadily through the movie, except for one edgily comic moment when the Arab proposes to castrate the American for having looked upon the face of his daughter. Ironically, in a movie that deals largely in cliches, myths and stereotypes, we are invited to find amusing the fact that the sheikh is in thrall to the legends of the Earps, Wild Bill Hickok and the heroes of the West. While he talks like something out of the Arabian Nights, his favourite reading is Beadle's Dime Novels.
Top of this page
Last edited: 8 August 2007 10:14:43
© Guardian Unlimited.