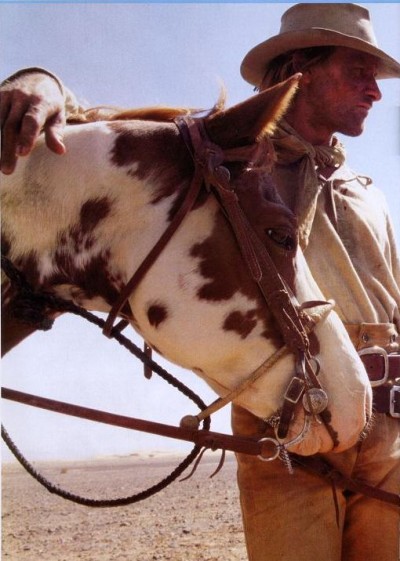 After spending 18 months surrounded by horses in New Zealand filming Lord of the Rings, man's man Viggo Mortensen trekked off to Morocco and saddled-up another four-legged beast for new movie Hidalgo.

Well, it just worked out that way. But the timing of the movies weren't actually as neat as it might look - in reality I got the part of Frank Hopkins just after The Fellowship of the Ring came out, and we were shooting just after The Two Towers. I'd be doing Rings interviews while filming this, or doing re-shoots in New Zealand during Hidalgo rehearsals. I haven't had a chance to stop and think.
Top of this page
Last edited: 2 March 2005 19:19:50