Captain Alatriste: betrayed by life, by his woman and his king

By Chiara Ugolini - translated by Cindalea 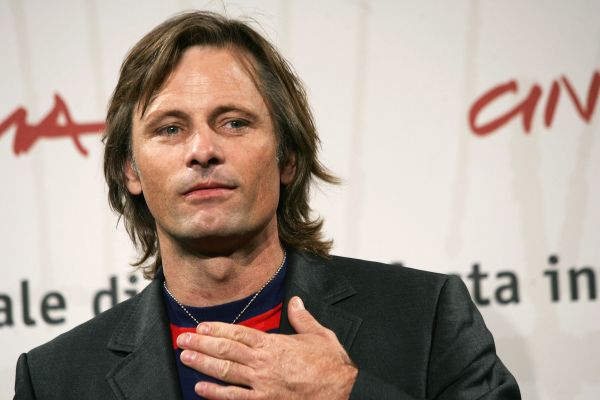 Rome Film Festival 10.16.06
Image Chris Jackson.
© Getty Images.
King Aragorn has become a Spanish soldier in the 17th century. Viggo Mortensen, without the royalty of The Lord Of the Rings, is Captain Alatriste, brave and faithful servant of the King of Spain, betrayed by life, by the woman who he has been in love with all his life, and even a bit by his King.

The actor, born from a Danish father and an American mother, grew up in Argentina (his ability in speaking Spanish comes from there, the Spanish typical of the fans of the San Lorenzo football team, of which Mortensen even shows the flag) and he also speaks Italian ("In Argentina there are many people from Italy, I like the musicality of the language and I've even worked here".)

Alatriste by Agustin Diaz Yanes is more than two hours long movie, has been very successful in Spain and is based on a series of adventure books. The Spain is that of the 17th century, between the intrigues of a court in the hands of the Inquisition and the armies at the battlefront, in the wet marshes of Flanders and on the tough French border.

The only bond of this soldier, always fighting and always ready to sacrifice himself, is the young Inigo, the son of a comrade who died in Flanders, that Alatriste brings up as if he was his own son because of the duty bond with his friend.

"I'm father of a son who is going to college now. I think I have made many faults during the year, as it happens, to many people," said Mortensen. "We know very well that the experience of fatherhood is always unique, bringing up a son is a real adventure. What really counts is the example we give to our children, our behaviour, especially when we are tired or stressed. In the beginning, Alatriste is not so happy about taking care of the son of his dead friend. He prefers to get drunk with friends: he was not a good candidate to be a good father, but in the end, in spite of all his failures, he makes out alright with it."

Among the almost all-Spanish cast, a role of a very bad guy is given to our Enrico Lo Verso, who tells us about this Spanish adventure: "The experience was extraordinary, for the first time in my life I cried from emotion when I was wearing the costumes made by Francesca Sartori.

"Working with my 'querido nemico' (dear enemy) Viggo Mortensen was so good, but the true duel was the first meeting with Bob Anderson, the sword master, who told me as soon as he saw me: 'You have too good a face, you cannot portray a villain, there must be a mistake' and I answered 'don't you worry, just teach me to fence'."

Why doesn't Captain Alatriste ever think about betraying his king, and even when he's in front of a chest full of gold bars he doesn't change his mind?

"His commitment is not the result of loyalty to the King, but to his friends and to the given word. It is the same attitude of many soldiers in Iraq or in Afghanistan. I have spoken with several of them. Today we are no longer in the time of Vietnam, there is internet now. With the passage of time, any American sergeant has understood that these wars were not a good idea, but they stay, or go back there, because their friends are there, not because of the flag or the President of the United States."