Viggo Mortensen on His Oscar-Buzz Performance in 'Green Book' 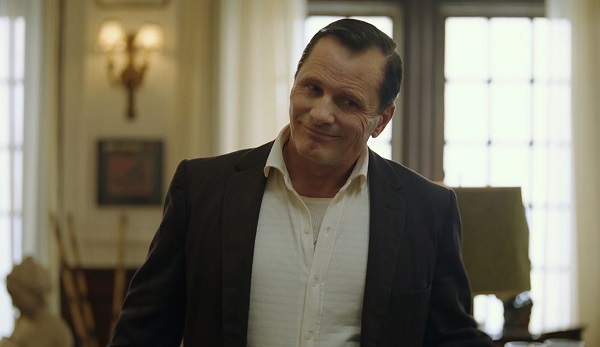 © Universal.
Lord of the Rings' Aragorn, Viggo Mortensen, 60 — a two-time Oscar and AARP Movies for Grownups Award nominee — took on the very different role of Frank "Tony Lip" Vallelonga in Green Book, the out-of-nowhere hit that won 14 audience awards at 2018 film festivals including the most important, the Toronto International Film Festival. It's the true story of Tony, a bouncer at a New York mob-connected nightclub who became the chauffeur, bodyguard and lifelong friend of rich, famous black concert pianist Donald Shirley (Moonlight's Oscar winner Mahershala Ali, 44) during their scary 1962 tour of the Jim Crow South. Mortensen tells AARP that it's the role of a lifetime, one he couldn't have pulled off as a youngster.

You're a front-runner for the best actor Oscar for playing Tony Lip, yet at first you turned the role down. Why?

I told [director] Peter Farrelly, "I think you could do a lot better." I'm very conscious that some of the better actors on film and TV in the last decades are Italian American, and I didn't want even accidentally to do even slightly a caricature. It's got to be a real person. Eventually, I got the courage to go along with Peter's crazy idea that I play Tony.

Do you think you couldn't have mastered the challenge of the part if you'd been a younger actor?

I think you have to be a certain age. As you get older, you definitely learn something — if you're not a dumbass and don't pay attention and keep making the same mistakes over and over. It takes me a long time to learn new stuff, it always did, but once I get it it's there, and I'm not forgetting how to work with cameras. I probably would have been more scared, say, 10 years ago. I had a similar reaction when David Cronenberg asked me to play Sigmund Freud in A Dangerous Method. I said, "You're crazy." He said, "Yes, well, we know that. But do you want to do it or not?"

That dangerous performance earned you a Golden Globe nomination. How did you make sure your Tony Lip was realistic, not a caricature? You gained 45 pounds on his bad diet — you ate 15 hot dogs for the scene where Tony wins an overeating contest.

It was really easy at my age to put on a bunch of weight. But it's much harder to take it off, right? That happens as you get older. What helped me a lot was, I met Tony's son Nick [who cowrote the screenplay] and his big family in New Jersey and New York. Talking to them, I started to get into it, learning about their dad. I was like, "OK, I can do something like them." They told me what the old man sounded like, his body language, his attitude.

What did you learn from the real Tony's film acting? He played Frankie the Wop in Scorsese's Goodfellas.

He wasn't really an experienced actor, but he had small parts in The Godfather and The Pope of Greenwich Village, and on The Sopranos he played the New York mob boss Carmine. And he had a stillness. Sometimes it takes actors their whole career to get to that place — just relax. Like Marlon Brando, even if he wasn't prepared…

Brando was often unprepared, refusing to learn his lines. In The Godfather they put his dialogue on a sheet of paper taped to Robert Duvall's suit, just off camera.

But you couldn't take your eyes off Brando on-screen because he was comfortable in his own skin. He'd just look at the other actor and the other actor would just melt. Tony's stillness was kind of out of this world, too. Nick had recorded Tony, a great storyteller, talking about Dr. Shirley, his first impressions, his memories. Some of the dialogue is straight out of those tapes. Everything you see and hear happened, pretty much. It's not about one guy saving another guy or one guy teaching everything. They both had their first impressions kind of turned around.

For a serious drama, Green Book has a lot of comedy, which nobody thought you could do. So now you're going to get lots of offers for comedies.

What's funny is not jokes. There's no jokes told in this movie. What's funny is the contrast between these people. They're on different missions, they're coming from different planets, and they're just different. And that's what's funny.

The hoopla about Green Book has done wonders for your forthcoming movie Falling, your debut as an actor-writer-director. It's about a man (your role) and his old-fashioned farmer dad (Lance Henriksen, 78, of Aliens and The Terminator), who moves in with him and has Alzheimer's.

I've been through it with my parents, my grandfather, two uncles and my stepdad, where I've been close and, with some of them, very hands-on. Sometimes people who are even very close to them don't realize they're ill, and they get annoyed with them and say, "Why are you forgetting? I just told you that!" You're not expecting — psychologically you don't want to — have someone you love or you're related to, or especially a parent, not be who they are, or not be on top of it. But if you've been through a few times, then you can say, "Oh, this is maybe what happened."

So Falling sounds like Green Book in that it's about the collision of two antithetical people thrown together, and it uses entertainment to convey information about important issues.

It's a great way to get people to think about serious things, because they're enjoying what they see.