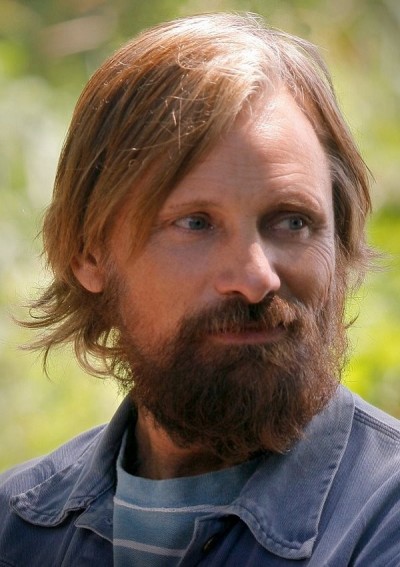 © Bleecker Street.
Renaissance man Viggo Mortensen plays the patriarch of a hippie family living in the woods in this wilderness caper from actor-turned-director Matt Ross. Ben's (Mortensen) clan of six kids hunt using sticks, climb rock faces, and sing harmonies like the von Trapps. But while their isolation might make them experts on literature and theology (they read The Brothers Karamazov and Marxist theory before bed – no TV here), what do they know about living in the real world?

This is an adventurous and tender film from Ross, who is best known for bit-parts in the likes of TV's Big Love and American Horror Story. He has cast a brilliant set of actors as Ben's kids, including British up-and-comer George MacKay as the clan's eldest son, Bodevan, a young man we're gleefully introduced to in the opening scene hunting and slaughtering a deer with his bare hands. The situation's believability isn't important here – where are social services in all this? – but Ross creates a lived-in environment with a realistic family dynamic and actors committed enough to be credible.

Their Garden of Eden lifestyle – lusciously lensed by A Prophet DoP Stéphane Fontaine – is interrupted when Ben's wife, Leslie, a bipolar sufferer, dies while at a clinic in New Mexico. Despite being told to stay away from his wife's funeral by her conservative father (Frank Langella), Ben is persuaded to make the long trip down the length of the West Coast. The outside world is a goldfish bowl to these isolated kids. "Why is everyone so fat?" asks one daughter. "We don't judge people," replies Ben, "except Christians."

As the only guiding force in these kids' lives, Mortensen's role is the most important in the film. He's totally believable as a man who's set his own moral code and lived by it for years. As he realises that he stands to lose his children to the outside world, Mortensen's performance shifts up a gear, becoming more sensitive and moving. Langella also excels as the snarling in-law, who later becomes sympathetic to Ben's ideals for his kids' upbringing. Captain Fantastic is not wholly original – Jean-Marc Vallée's Wild broached a similar subject last year – but if there's anything lacking in Ross' script, he makes up for it by bringing the best out of his cast.