Review: 'Everybody Has A Plan' 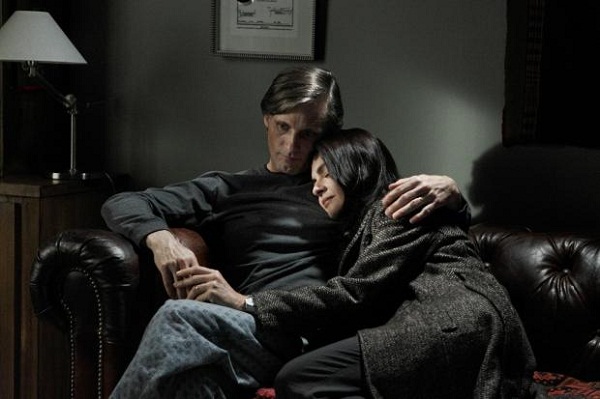 Image John Harris.
© Haddock Films.
Although debut features come in all shapes, colors and styles, first-time filmmakers tend to fall into certain traps: Sometimes they pack their movies with unnecessary narrative gimmicks, or throw in lots of shaky camerawork as a way of making a story seem more authentic or immediate. Ana Piterbarg's debut feature Everybody Has a Plan is different. Admittedly, this thriller-mystery doesn't have much narrative drive - Piterbarg, who also wrote the script, keeps the story moving at a leisurely pace that's sometimes too close to a slug's crawl. But the picture is polished in a minimalist, modest way, and it features an intriguing performance from its star, Viggo Mortensen (in Spanish, no less). It's a low-key, confident picture, made by a filmmaker who's not afraid of using a tripod.

Mortensen plays Pedro, a beekeeper living on an island in the Tigre Delta. His life appears to be simple: he seems to spend most of his time taking care of his bees, with the help of an assistant, a dark-eyed young woman named Rosa (Sofía Gala). It appears, though, that Pedro may be a little too close to a childhood friend, Adrián (Daniel Fanego), who's involved in some shady schemes.

For reasons that aren't immediately clear, one day Pedro pays a visit to his twin brother, Agustín (also played by Mortensen), a straight-arrow pediatrician living in Buenos Aires. The two have long been estranged, but Pedro has some urgent information for his brother. What follows is a twisted identity swap that gives Agustín the chance to escape the life that seems to be suffocating him.

Mortensen digs into this dual role with gusto, but it's the quiet kind: Pedro is a mystery, a man who gives nothing away except with his eyes - there's something haunted and hungry about them, but they also betray the desire to be honorable, as if this man has taken the wrong path and knows it. Agustín, in contrast, is the upstanding citizen. But we can immediately see that he's a problem here. His wife (Soledad Villamil) is set on adopting a baby; every cell in her body is getting her ready to be a mother. But when she talks about the child, Agustín looks on, blankly. For some reason, the future seems unbearable to him, and when we see him at work in his clinic, we know why: children, with their tendency to laugh and shout and knock stuff over, make him a little crazy.

Mortensen plays these roles as two sides of the same coin. Both brothers are extremely opaque; but when Agustín slips into Pedro's identity, something kicks loose in him - it's as if both men have been harboring a desire for openness that they've never been able to kickstart.

Piterbarg sets this gradual transformation against the half-harsh, half gorgeous landscape of the Delta, an area formerly frequented by affluent citizens of Buenos Aires, but now marked by swamplands and ramshackle houses. It's an unforgiving environment, but Piterbarg and cinematographer Lucio Bonelli also capture its straightforward beauty. The story Piterbarg is telling here is somewhat grim, and more than a little sinister. But thankfully, she has chosen not to render it in the muddy, desaturated tones you might expect. The movie's color palette is crisp, clear and not particularly experimental - it's naturalistic with just the right amount of movie gloss. Everybody Has a Plan is a quiet picture - it could use more energy and fire. But it pulls off the tricky feat of being both commanding and subtle, emerging with its dignity intact.
Top of this page
Last edited: 13 April 2013 17:05:16