Beneath the Veneer of the American Dream 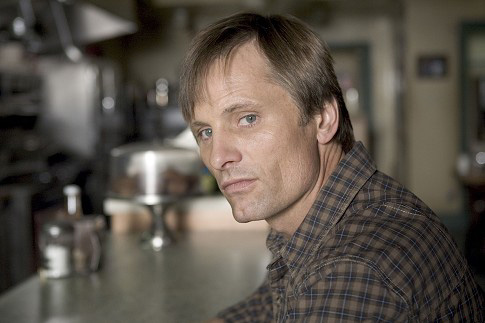 © New Line Productions Inc.
Does the person you have known for years, with whom you have your closest, most intimate relationship, change when you suddenly have reason to question or doubt their past? This film, based on the book by John Wagner and Vince Locke, has been described as 'not a normal kind of thriller'. And indeed it is not. Cronenberg paints a picture of the American dream, only to turn it upside-down and tear shreds from it.

Tom Stall is an ordinary guy with a good family and a nice house, who happens to become an overnight hero when he shoots two men trying to hold up his diner. It becomes a story of mistaken identity, of the mafia and of trying to hold together a family and some semblance of normality in the face of personal crisis. A History of Violence explores the violence that lurks beneath the veneer of the American dream, disrupting the illusion by throwing people into extreme circumstances.

The film focuses on the internal struggle of Tom Stall; the way in which mistaken identity becomes the cause to ask questions about our true identity; how we define ourselves; how much of our past defines us and how much we are made through the relationships we have with other people and how they see us. In doing so, it exposes the fiction, the dream, in everyone's life and how Tom is forced to come to terms with that. Cronenberg confronts the audience with scenes of such graphic violence that it breaks with film convention, turning the characters and their roles on their heads. Where usually the power of suggestion would suffice, he delves into the reality of that violence and its consequences without censorship.

The opening scene is of a couple of small time bank robbers on the run across the American heartland. Immediately it is a genre most people know well and know how to read. There are the tough, unscrupulous gangsters from the city with all the evil notions and idiosyncrasies that the city breeds. This is contrasted with the laid back innocence of the small town and the people in it. So when one of the gangsters has to return to a motel reception after his accomplice has just been there, we are prepared for the human carnage left behind. Not only are we prepared for it, we expect it.

Initially it seems almost cartoonish in its intensity but as it continues we are confronted with the reality that this is violence we know takes place. And it forces us to confront our reactions to that violence as an audience.

A History of Violence encourages an idea that we are all infused with some kind of primal violence, and given certain circumstances, everybody is capable of exercising that violence, which leads to some pretty grim conclusions. It fails to see that it is the situations that give rise to the violence. We live in a world where violence is the norm, where the boundaries of our social world are guarded by violence and these extreme situations arise as the result of a particular set of social circumstances. Cronenberg presents violence as an unavoidable part of human existence.

In a country where gun crime is rife, teenagers shoot up their classmates and where state sanctioned murder by way of the death penalty and the war on Iraq is everyday news, the question of violence in the US is a big one. Ideologically, this is Cronenberg at his most coherent. It is a film that skilfully manages to balance the exploration of ideas without letting that overshadow a story with a gripping narrative that is riddled with twists.
Top of this page
Last edited: 22 July 2009 09:32:12